When we first saw the X79 motherboards on parade-o-plenty at computex, they really spelled out what to expect from the enthusiast level X79 platform. Keeping in form, VR-Zone has spotted a revision of the Foxconn Quantum Force X79 at IDF Berlin. 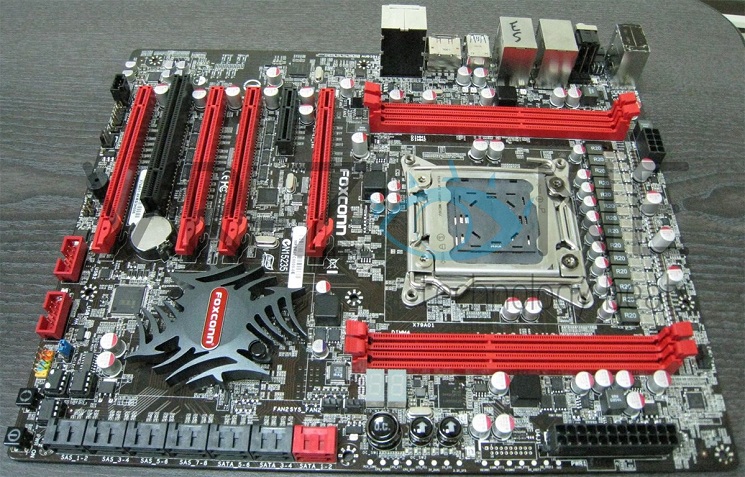 The major changes occur with the expansion slots layout to allow triple slots between two electrical PCI-E x16 or upto three dual slot graphics cards to be installed in x16, x8, x8 speeds. Other changes include rearraging of bottom right hand corner SMDs to make space for the newly added chipset heatsink. It is expected that the motherboard will lose all the SAS ports depending on the final release of the X79 chipset.