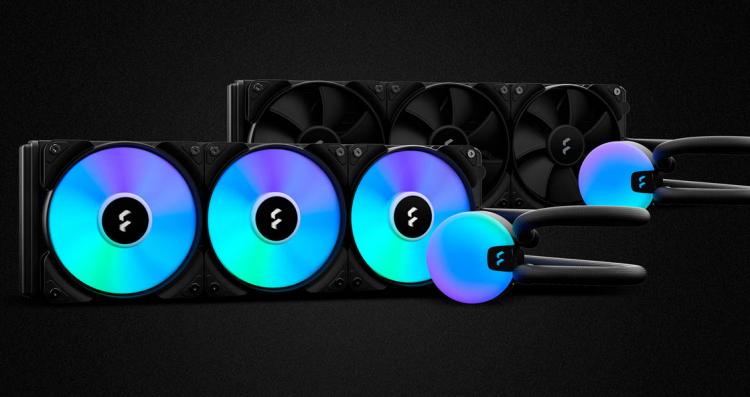 Recently, a number of all-in-one liquid CPU coolers have been found to have manufacturing issues. One common characteristic identified with most of these issues is the building up of gunk in the coolant that gets trapped in the water block's fins and restricts flow. This eventually leads to a loss of cooling performance thus rendering the CPU cooler ineffective. This can pose minor to serious concerns for your CPU and computer overall - ranging from overheating to random shutdowns and other unwanted results.

Brands like MSI, ENERMAX, and ARCTIC had similar issues with their select AIO coolers. Earlier this year, ARCTIC issued a replacement and service kit for their Liquid Freezer II Series. The Liquid Freezer II Service Kit was made available for users confident enough to repair their unit at home and save time from shipping the unit back to ARCTIC, have it repaired, and shipped back to the owner. For the Fractal Lumen Series, this option is not available and Fractal chooses to replace units instead. Read Fractal's statement below.

Press Release Statement from Fractal
We have discovered an issue with our all-in-one watercooler Lumen.

Following user reports of an increase in CPU temperatures, an investigation was started to determine the potential cause.

Our findings conclude that the soldering material used in the aluminum radiator, as well as impurities introduced during manufacturing, may cause a reaction with the chemical composition of the cooling fluid. Over time this may lead to sediment build-up in the circulating liquid getting caught in the fins of the CPU block, causing an increase in temperatures as a result of the blockage.

Although Lumen units that are not currently causing temperature issues are safe for continued use, the experience of our users is our main priority. We have therefore decided to halt all Lumen sales globally, until we are satisfied that the quality standards we and our users expect are fully met.

In order to address the issue, our teams will be working on a new version with an updated radiator and a new liquid formula, produced following revised processes and guidelines for assembly. With our currently estimated timeline, we are hoping to have new units available as replacements for Lumen owners, as well as substitutes for stock at distributors and resellers; in about six weeks.

A web form for users to request a replacement can be found on our dedicated website, which also provides ongoing updates, timeline, and further information. Ticket holders will also receive updates via e-mail.

We did review one of the Lumen Series coolers, the Fractal Lumen S28 RGB, but did not encounter the issue. This issue appears to be something that does not happen overnight and develops over time. Assuming that these issues are addressed moving forward, our recommendation for the product stands as of this writing.