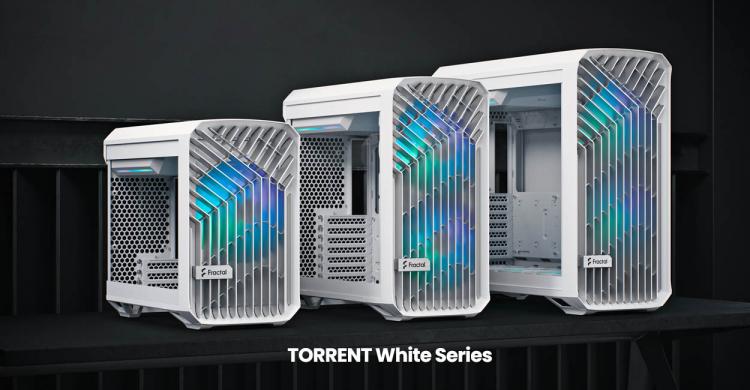 The Fractal Torrent Series cases are praised as one of the best cases in terms of cooling potential. Today, Fractal launches the all-white version of the Torrent, Torrent Compact, and Torrent Nano cases. The Fractal Torrent White cases all feature clear tinted tempered glass side panels. The only variation of the Torrent White edition models is the pre-installed fan wherein the RGB variants comes with RGB fans. 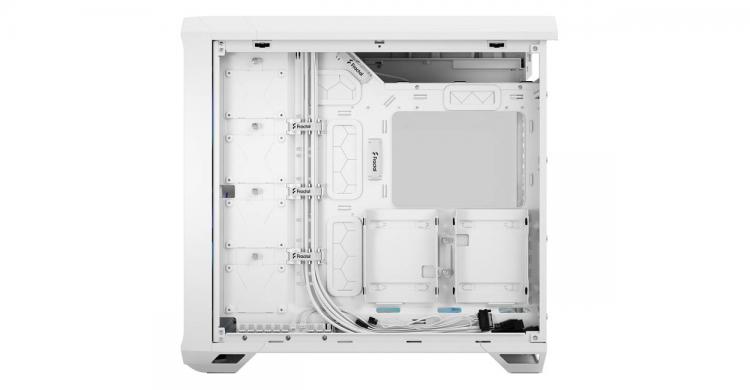 There are a few distinct differences between the White and White RGB models. For the White RGB models, the fan filters are white, the pre-installed fans sport a white frame and white fan blades. The rivets on the case are chrome, rubber grommets, and the cables are white. 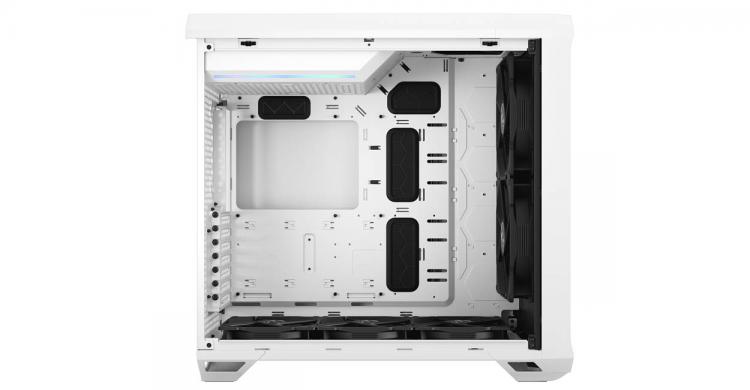 As for the Fractal Torrent White (non-RGB) models, some components of the chassis are in black giving it contrast. The fans, screws, cables, rubber grommets, and Velcro straps are in black. 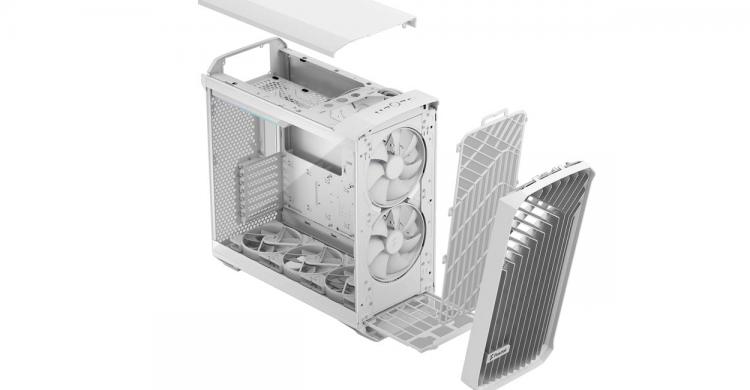 Press Release
Introducing a brand new look for the Torrent series
Each form factor in the series is now available in a whiteout version, with newly white structural components and low-contrast details for a sleek monochromatic look. The whiteout version also includes new white RGB Prisma PWM fans for an ambient feel which harmonizes with the rest of the case.

Torrent series is a family of high-performance PC cases devoted entirely to providing the highest possible airflow&#8239;out of the box. The dedication of our designers is evident in everything from component choices to&#8239;streamlined design inside and out, and the result is a series of cases that go further than any of our previous cases in the pursuit of ultimate airflow.

The refreshed look is available today for all Torrent series form factors.

There are currently 331 user(s) online:
Google