Off the back of real-time ray-tracing technology RTX's much-hyped unveiling at GDC yesterday, NVIDIA return to the realms of us mere mortals and our current-generation GPUs with another welcome Game Ready driver update. GeForce Game Ready 391.24 WHQL drivers offer optimisations for the newly released Sea of Thieves, a few bug-fixes, and a host of games that each get an NVIDIA-exclusive feature.

Today's launch of Sea of Thieves through the Windows 10 store is one of the biggest for games this month, so it's no surprise to see NVIDIA get in at the ground floor with a Day 1 driver update. The GeForce Game Ready 391.24 WHQL drivers are primarily intended to give gamers the best possible in-game experience when using NVIDIA graphics hardware, hopefully side-stepping the frequent bugs and performance issues which often plague launch days. And such problems would be a massive shame given the care Rare put in this awe-inspiring system requirements chart. But that's not the limit of this driver package.

Also arriving in release 391.24 are a few features for some pretty popular titles that you might have heard of.

NVIDIA Highlights Comes To Call of Duty WWII and Tekken 7

NVIDIA's GeForce Experience utility allows players to record gameplay as it happens for later clipping and editing for re-upload. However they have also made a set of tools available to developers, tools which allow the automated capture of gameplay highlights based on in-game events (kill-streaks and the like).

The two latest titles to tap into NVIDIA Highlights are Call Of Duty WWII and Tekken 7. The feature is now directly integrated into those games, working silently in the background until you close the game and Highlights presents your Highlight Reel for the session. Clips can then be easily uploaded to your social media platform of choice, or kept for later editing. 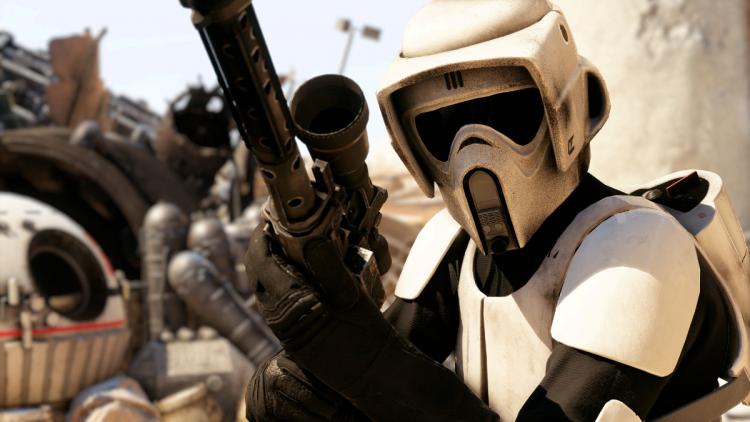 NVIDIA's Ansel utility - billed as a photo-quality super-screenshotting tool - has gradually rolled out alongside some huge triple-A releases, often retro-fitted into the game post-launch. You may also remember that it provoked headlines last month, but this time around it's being put to far more benign use.

From March 21st EA's Star Wars Battlefront II will support the technology, letting you take stunning shots of Endor, Hoth, Naboo, Starkiller Base and other in-game locations. NVIDIA are also running a new competition for the best image Shot With GeForce in the game, and you can submit your entry by uploading through the latest version of GeForce Experience.

As always, you can download the latest NVIDIA GeForce drivers from geforce.com/drivers or via the GeForce Experience app. Summarised release notes can be found below:

Provides the optimal gaming experience for Sea of Thieves.

[HTC Vive][Oculus Rift]: The VR headset stops working after several launches of the application or after resume from system Hibernate mode. [200395208/2048746]

[Volta GPU]: The display flickers continuously after disabling and enabling the GPU using Device Manager, or when rebooting the system [200391003]

[SLI][GeForce GTX 780 Ti]: There is no display output when connecting the DisplayPort and two DVI monitors. [1835763]

[GeForce TITAN (Kepler-based)]: The OS fails after installing the graphics card on a Threadripper-enabled motherboard. [1973303]

There are currently 780 user(s) online:
Google