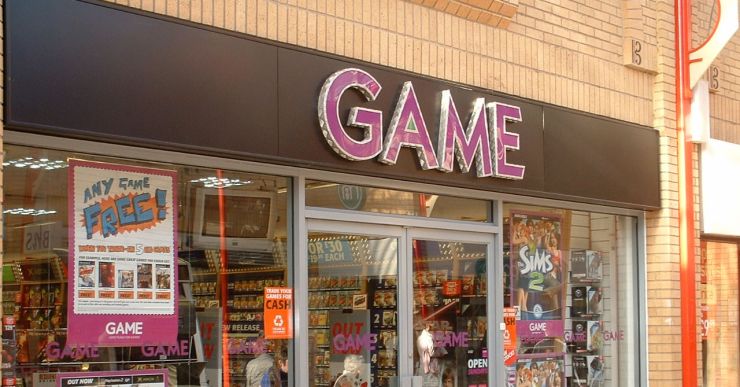 After what seems like a relatively short week in Administration, specialist high-street retailer Game Group (GAME) have found a buyer for their UK assets: OpCapita LLC. OpCapita is notable in the UK as the owner (rescuer?) of electronics retailer Comet following a buy-out last year; since then they have re-focussed the company on retail to the exclusion of many support services which have been sub-contracted to third parties. The deal secures the medium-term future of the GAME brand in the UK as a company with 330 stores and 3,200 employees - the store closures and redundancies announced last week are likely to be rubber-stamped rather than reversed. There is however no word on Game Group's foreign assets, such as GAME Ireland, finding a buyer and/or respite for their employees' dispute with the parent company following dismissal without redundancy pay.

The question now is what the future holds for the new OpCapita-run GAME, and much of that will be based on how the buyers have rationalised GAME's long-term debt and assured lines of credit moving forward; it seems unlikely that OpCapita would have pulled the trigger on the deal without being assured of that the company was a going concern in that respect. Also, the relationship GAME has with publishers and distributors will be crucial: the business relied (perhaps disproportionately) on regular new releases of AAA titles to turn a profit; they will need to prove to EA, Microsoft, Nintendo et al that they are fit to trade with. Hopefully no bridges were burned when relationships soured between the retailer and their industry partners as the business started to collapse last month.

Even if everything goes swimmingly from that perspective, the future looks bleak for brick-and-mortar retailers in general and GAME in particular. With a technical recession in the UK possible this quarter, increasingly stretched consumers will be looking for bargains - bargains which are generally speaking found on the Internet and rarely in-store. At £35+ a pop spontaneous purchases can't be relied upon as a regular spending pattern as it could be for music, film and other similar luxuries, and unlike retail electronics it's difficult for the retailer to sell a better overall product with bundled after-sale support etc.

Savvy PC gamers, fed up with the high prices and lack of range in-store, have fled online to Steam and elsewhere for both physical discs and digital downloads - it's going to take some doing to tempt that group back in store. The idea of in-store vouchers for Steam and Origin purchases has been floated, and in terms of gift certificate idea's they aren't bad, but the margins on them are likely to be wafer thin even if EA and Valve are keen on it.

The GAME cash-cow, used games bought for in-store credit and sold at a generally inflated price, also looks under threat. The increasing prevalence of Day-1 DLC has substantially reduced the value of pre-owned games, and if that weren't bad enough the cancelling last week without warning of Customer Loyalty schemes and in-store credit balances will have killed confidence in the system. Futhermore, if recent rumours about the XBOX 720 and PS4 are anything to go by, used game trading will be a thing of the past in the West with the launch of the next generation of consoles.

Until GAME demonstrates a credible long-term business plan which takes account of industry trends and the demonstrable weaknesses in their previous operating strategy (e.g. 4+ stores in a square mile etc.) Sunday's purchase should probably be viewed not as a cure-all, but rather a stay of execution.

There are currently 546 user(s) online:
Google