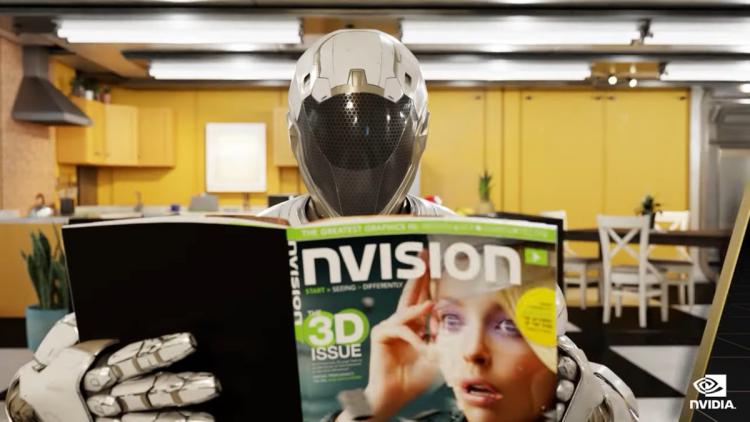 For NVIDIA at Computex 2022 the focus of attention continues to be on AI and in the datacentre, with this year's keynote highlighting the strength in depth they bring to the ever-growing segment through a comprehensive stack of hardware, software and middleware tools. A few new products in this space were announced - notably new implementations of GRACE HOPPER-based AI servers in the 2U form factor and the shipping of their ISAAC 2022.1 digital twin robot virtual development platform - but in the main they were covering ground already discussed during recent GTC conferences and CES 2022. But how about gaming?

Unfortunately, after the whipping up of expectations prior to Computex, NVIDIA chose not to showcase new consumer GPU hardware this year. The Lovelace/RTX 40-series rumours and 'leaks,' such as they were, remain unaddressed, and will likely continue to be unaddressed until much closer to release. That being said, the RTX gaming platform did receive some time in the limelight, including some new hardware for NVIDIA Reflex and the announcement of new RTX-powered titles and updates set to be launched in the coming months.

In the coming months a handful of new titles will join the well over 200 RTX-enabled games and applications available today or announced as being in development. The chief of these is Hitman 3, which will support both ray tracing and NVIDIA DLSS with an update scheduled for release later today. EA Sports' F1 22 will also soon support both ray tracing and DLSS, bringing lush new visuals to the racing sim for the first time. 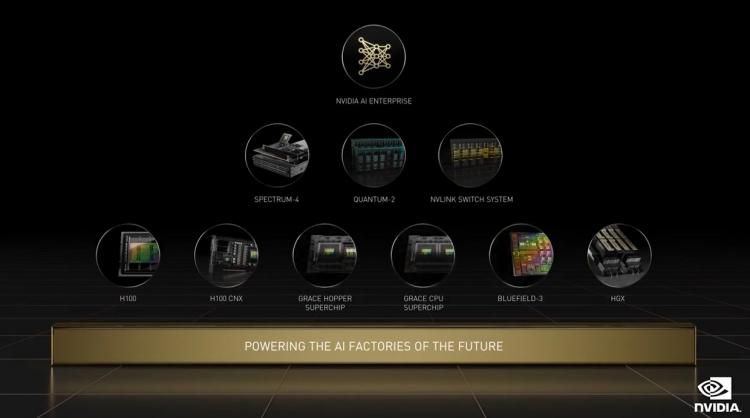 NVIDIA's RTX features continue to be one of their most significant gaming assets, bolstered by a regular GeForce driver update cadence and ever-expanding scope that make a difference to a player's in-game experience. Speaking of which...

With over 30% of GeForce gamers now playing on RTX hardware the suite of features beyond those most well known are receiving some much-needed attention. At Computex this year NVIDIA Reflex was just such a feature. 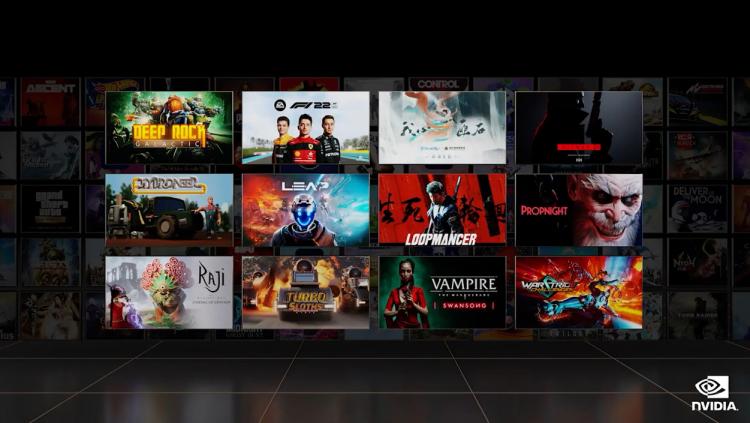 The technology - currently exclusive to RTX hardware - reduces overall system latency when gaming, i.e. the time between a click on a mouse showing up as a flash of a gun muzzle on your screen. It can more than halve in-game system latency, the importance of which is clear in competitive gaming. At a time when esports competitors are striving for frame rates as low as 2ms (on 360Hz panels), reducing latency from ~50 to 24ms in a game like Fortnite seems like a no-brainer.

Testing conducted by NVIDIA in partnership with Kovaak's System Latency Challenge has shown that reducing latency has an enormous impact on gaming accuracy for players of all skill levels, improving accuracy even more for the lowest skilled proportionally. Clearly it pays to be part of the ecosystem, whether through just the software, or with the addition of a Reflex-compatible mouse, or by including an optimised high frame rate Reflex monitor.

Thirty-eight games currently support Reflex with more likely in coming years thanks to its integration as a plugin for Epic's Unreal Engine. On the hardware side twenty-two monitors and forty-five mice are parts of the reflex ecosystem, with stalwarts of the industry like ASUS, Logitech and Razer all being partners. 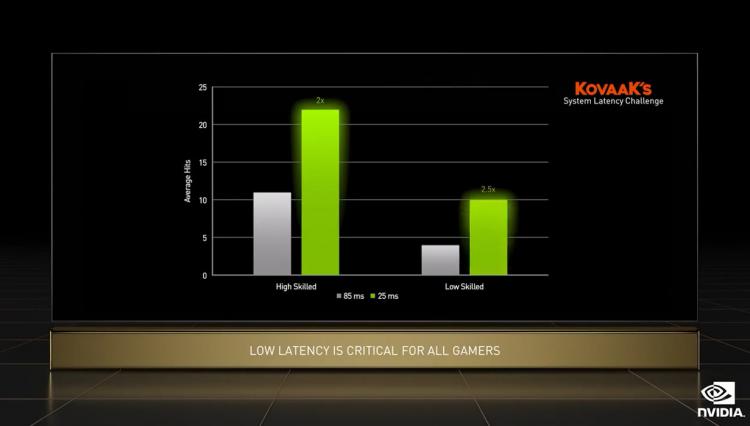 And it's with that in mind that NVIDIA and ASUS announced the new ASUS ROG SWIFT 500Hz gaming monitor. It's the lowest latency, highest refresh rate gaming monitor yet created. Built from the ground up for competitive gaming, it incorporates a esports-optimised 1080p TN panel, hardware G-SYNC module with added colour vibrancy tweaks, and NVIDIA Reflex Analyser for real-time latency metrics. 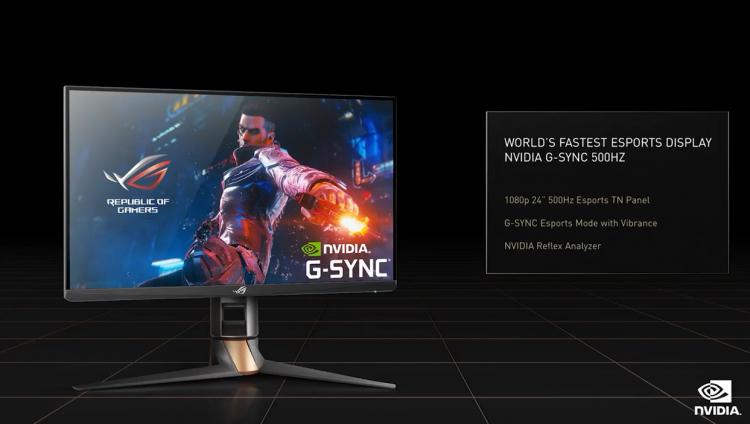 Over 60m users now work and play on GeForce laptops, a number that has exploded in the last 5 years thanks to the roll-out of Max-Q development criteria. These new designs - powerful desktop-replacement-class models that are thin, light and power efficient - were a paradigm shift at a time when gaming on the go was the province of increasingly bulky beasts.

At Computex 2022 NVIDIA and their partners are announcing six new GeForce Gaming and Studio laptops, contributing to a well balanced ecosystem that can take advantage of every aspect of NVIDIA's software and hardware pipeline. Each is equipped with RTX 3080 Ti or 3070 Ti GPUs, capable of accelerating gaming, CUDA-compatible, and AI workloads developed by third parties. 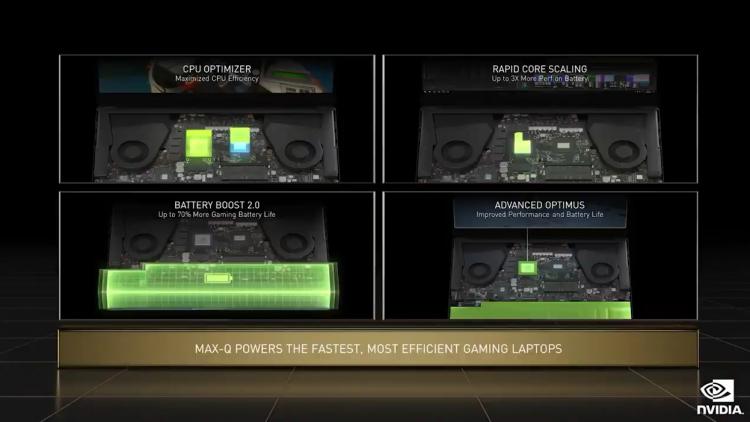 As part of the Studio laptop initiative for professionals and prosumers, NVIDIA are also highlighting the tools available through their Omniverse platform. They include features such as NVIDIA Broadcast, voice-to-face AI-powered animation rigging, fast content development tools, and closer integration with 3rd party apps including Unreal Engine, Blender and Autodesk 3ds Max.

The wider IT industry will be buoyed by NVIDIA doubling-down on robotics, AI and the datacentre, especially after the Arm acquisition collapsed earlier this year. The acquisition of both Mellanox and Cumulus in 2019 and 2020 respectively have given them the tools to leverage NVLink as a critical high-speed networking and I/O interconnect scaling between processors and discrete servers, while the GRACE CPU will push their x86 and Arm processor development forward and unlock new applications for their impressive AI toolkits.

Gamers however will come away from Computex 2022 feeling disappointed. NVIDIA didn't need to make any big new announcements - AMD's Radeon division was notably absent yesterday, and Intel barely has a presence at this year's event - but some small hint would have gone down well even if the hardware isn't currently ready for prime-time. It would also put a chill up the spine of their competitors. 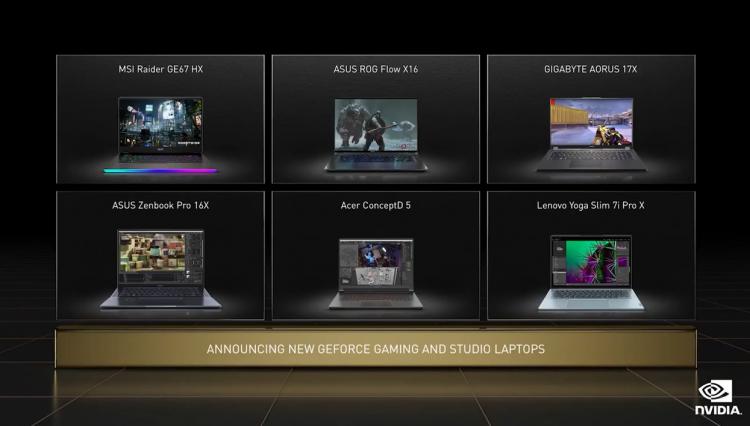 It is however great to see ancillary gaming features get some much-needed time front and centre, and we wouldn't be shocked to see some aspects of Omniverse start to bleed into the consumer space if mentions of NVIDIA Broadcast and Machinima creation were anything to go by. ASUS et al will also be pleased by the time spend showcasing specialised gaming solutions such as the new Swift 500Hz monitor, designs which must have taken an enormous amount of resources to develop relative to their market size.

The E3-adjacent PC Gaming Show in June is the next potential public event where the RTX 40-series could be discussed, but it seems a little too parochial for NVIDIA's tastes. Given the calendar for the rest of 2022, we can expect GeForce RTX 40-series announcements to be made at their own event as and when they want to pull the trigger.

You can catch the VoD of NVIDIA's Computex2022 here, and all of their Computex2022 material can be found at https://www.nvidia.com/en-us/events/computex/.