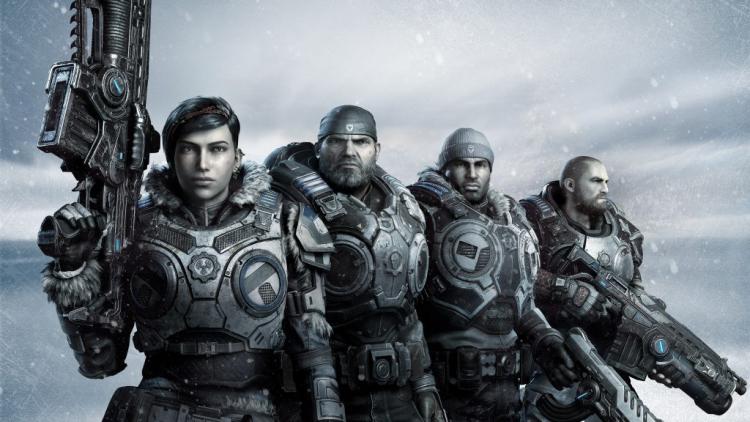 The Gears of War franchise is one of Microsoft's most important, a game series which not only shifts copies but can also drive the adoption of entire console platforms. PC Gamers had a hint of that with Gears of War 4, one of the first titles of any description to incorporated the DirectX 12 API (with, it's fair to say, mixed results). So it's noteworthy that Gears 5 will feature AMD optimisations early on in its life-cycle thanks work by developers The Coalition aided by AMD engineers, alongside other advanced graphical features and a Steam store debut.

The Gears 5 minimum and recommended system specifications list was published on August 19th, but today it has also come to light that the developers will be adopting three technologies benefiting systems powered by AMD hardware in particular. It's unlikely that this will have a detrimental impact on NVIDIA/Intel hardware owners, but might just help to push framerates higher such that generally similar AMD-powered systems can punch above their weight. 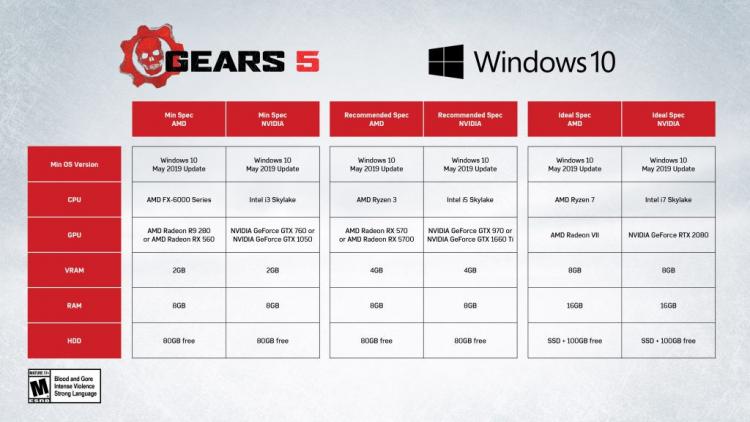 Announced this week as being incorporated into Borderlands 3, Asynchronous Compute is a technique by with the game engine can make better use of 'spare' GPU shader resources for greater efficiency and higher frame rates. Gears 5 has moved the majority of their post-processing shaders to Async Compute, which has also given the developers greater headroom to pack in more graphical detail.

This technology streamlines communications between CPU and GPU to reduce latency and improve performance. Touted as an AMD optimisation (between Ryzen CPUs and Radeon GPUs), it may also benefit other hardware configurations.

Gears 5 is adding support for AMD FidelityFX soon after launch as a dynamic sharpening filter that draws out detail in low-contrast areas. FidelityFX also offers a similar feature as a robust upscaling mechanism, and this may also be a part of the plan. However it's used, FidelityFX Sharpening should deliver improved image clarity that mitigates against softening caused by other post-process effects such as TAA.

The Coalition opting to support their vendor-specific features is quite the coup for AMD. For all their popularity in the gaming community at large, AMD technologies aren't showcased nearly as often in brand new titles compared to those owned by their competition.

In addition to normal retail sales channels, Gear 5 is part of the Xbox Game Pass for PC and so is available to subscribers of the service at no additional cost. Its noteworthy that for a limited time purchases of selected AMD Ryzen and Radeon hardware qualify for three months of complementary access to the Xbox Game Pass for PC, adding a considerable amount of value to the any potential upgrade (so long as the promotion continues).

Gears 5 launches on September 10th on XBOX and PC.

There are currently 623 user(s) online:
Google