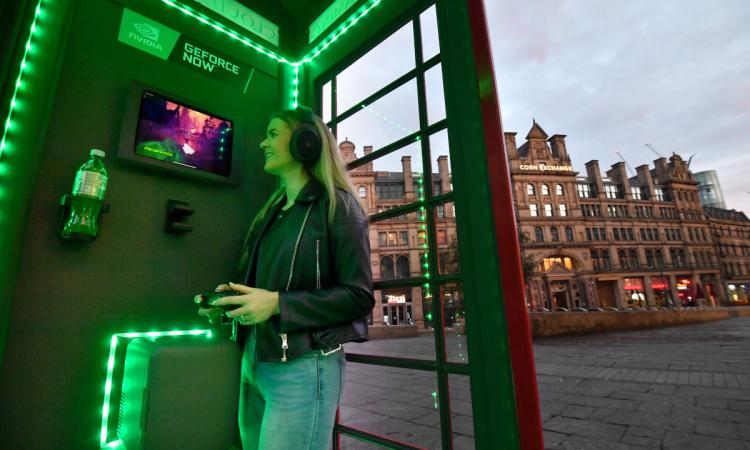 Just as cloud gaming has started to emerge in recent years, so has fixed line telephony begun to decline in prominence and importance. That's particularly the case for the venerable British red phone box... an iconic sight on the High Street since the 1930's which is now falling out of favour as cellphones have become ubiquitous among residents of all ages. So it's perhaps fitting that these two technologies - one from the last last century, the other very much part of this one - come together for a new and innovative way to game.

NVIDIA is bringing GeForce Now, it's premium cloud gaming service, to the British phone box in an initiative dubbed the World's Smallest Gaming Arcade. The space - which incorporates touch-screen display, controller, mini-fridge and 5G internet - is intended to be a zone where you can game free from the worries of the world rather than furtively snatch time on a phone or gaming handheld.

And make no mistake, gamers are certainly doing that. A recent survey of 1000 UK gamers shed light on how, for this gaming-crazy group who spend an average of more than 570 hours a year online, briefly stolen moments to play are commonplace. Many admit to doing it when they shouldn't, such as at work (73%), when they should be with friends (43%), or even during their own wedding. While we wouldn't condone the latter at least, being able to access a safe and welcoming space would probably be welcomed by just about anyone. 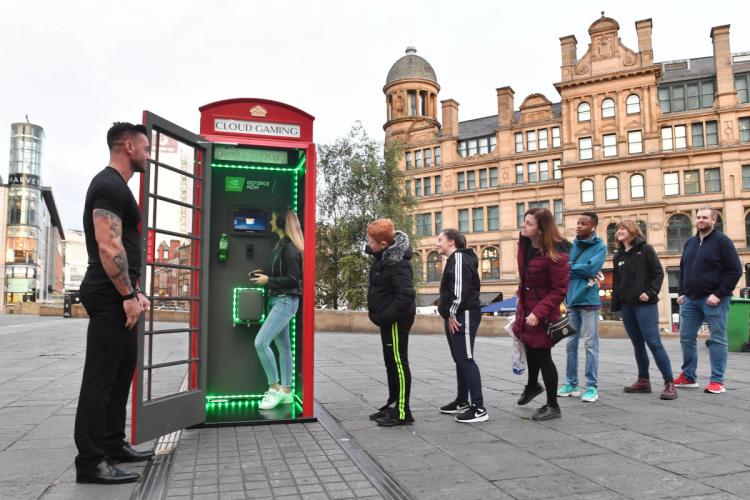 GeForce Now is, of course, well known in PC gaming by now. As a cloud gaming service it stands apart by offering 1000's of titles (including brand new AAA games) on a huge variety of hardware platforms including PC, Mac, tablet, phone and set-top console. As a high fidelity experience it's swiftly becoming a match for the increasingly expensive gaming PC, now even featuring ray traced and high refresh rate visuals regardless of the hardware in your hand.

This is a lot of fun, and a great advert for the versatility of cloud gaming in general and NVIDIA's service in particular, but it also shines a well deserved light on how previously single-use public spaces are being reclaimed by communities. The World's Smallest Gaming Arcade joins one of dozens of such initiatives that have sought to retrofit over 5000 phone boxes for the modern age, incorporating services that benefit the local community such as WiFi hotspots, libraries and even first aid stations with defibrillators. While not necessarily the most obvious use in this instance, it does have a certain poetic charm.