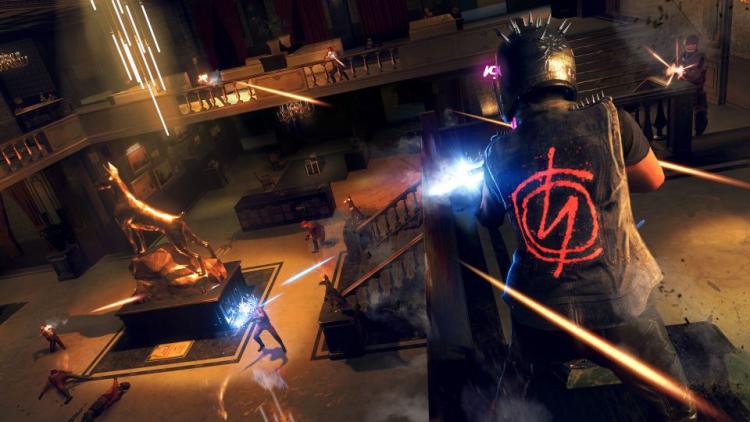 It's the day of yet another hardware launch for NVIDIA, namely the GeForce RTX 3070, and their software team have yet again crafted a new set of drivers to provide day-1 support and optimisations for early adopters. Furthermore, Ubisoft's latest iteration of their Watch Dogs franchise was released today complete with sumptuous RTX visual features. And a quartet of Adaptive-Sync monitors are in need of G-SYNC Compatible certification. All that and more is included in the GeForce 457.09 Game Ready driver.

Watch Dogs: Legion is the latest title in Ubisoft's 'hack 'n' shoot' franchise, and one of the most anticipated games of Holiday 2020. Those playing on systems powered by GeForce RTX hardware will be able to enjoy ray traced reflections that bring dynamic reflectivity to surfaces across London, and also take advantage of NVIDIA DLSS to ensure maximum performance at the highest rendering resolutions. Both of these features are also available when played through GeForce NOW.

That isn't the only game with optimised support on this driver however. DiRT 5, Ghostrunner, Need For Speed: Hot Pursuit Remastered, and Xuan-Yuan Sword VII all have received some attention in this update.

NVIDIA G-SYNC seeks to bring low-latency, tear-free and stutter-free gameplay to gamers is as wide a selection of titles as possible, the G-SYNC Compatible program validates and optimises driver profiles for certified Adaptive Sync displays. More than 90 Adaptive-Sync displays are now supported natively by this feature, including four added just today:

More are seemingly added with every driver updated as NVIDIA works with monitor OEMs to ensure performance standards are up to the requirements of NVIDIA's technology and certification criteria. A full list of supported monitors is available here

As ever, you can download the driver package from geforce.com/drivers or via the GeForce Experience desktop app. They are compatible with 64-bit versions of Windows 7 and 10, and GPUs as far back as the GTX 600-series (Kepler).

Changes and Fixed Issues in Version 457.09

[Turing GPU][Notebook]:On some Turing-based notebooks, users may see a black window when playing back a video in a web browser. [3135055]
[For Honor][RTX 30 series]:Game will crash to desktop when launched on GeForce RTX 30 series graphics cards. [3139187]
Random flicker may occur in multi-monitor configurations when G-SYNC is enabled. Flickering occurs on Dell S2417DG and Dell S2716DG monitors when playing YouTube or Twitch videos at 144 Hz. [3147515]
[Forza Motorsport 7]: The game may crash to the desktop when starting a race. [200660345]
Users may see a black screen when launching a game on a monitor using DSC (Display Stream Compression). [200661231]
[G-SYNC]: With G-SYNC enabled on some Freesync displays, half of the screen goes black. [3133895]