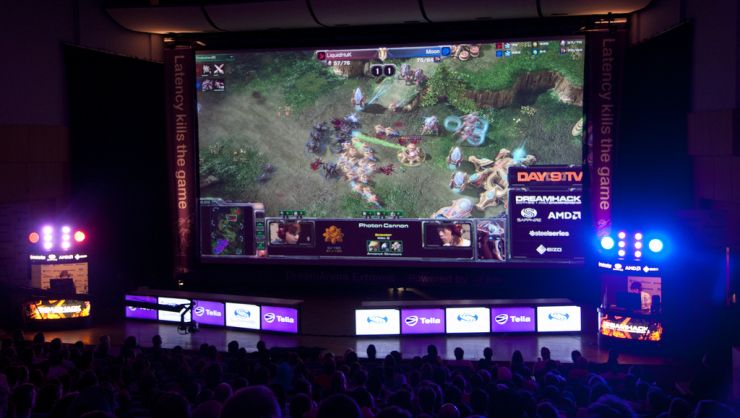 In the last 18 months eSports have gone from strength to strength in North America and Europe. Stimulated by the release of popular sequel Starcraft 2 and the free-to-play battle arena game League of Legends, large-scale tournaments are now a fixture of the gaming event calender with scene enthusiasts also tending be those with disposable income and enthusiasm in gaming technology. As night follows day so have major manufacturers sought to stamp their own indelible mark on eSports by sponsoring events, broadcasts and even the players themselves.

The latest in targeted team sponsorship is that of Pro. Team Millenium. This French outfit features prominent players Stephano neX and Tarson as part of a formidable SC2 lineup, in addition to a dedicated teams for League of Legends and Womens Counter Strike. Tiwanese memory experts GeIL and its' subsidiaries Thortech and EpicGear have inked a deal with Millenium brand owner Gameo Consulting to provide finances, products and expertise to Team Millenium in return for promotion of the GeIL brand family.

The terms of the deal appear to be straightforward:

Although eSports are as big now as they ever have been, it's nonetheless very expensive to run a professional team. As well as paying the players a living wage, travel costs to live events are a large drain on resources and prize pots may be relatively small except for the largest competitions. Players often run their own streams to gather advertising money and donations for expenses. Any additional liquidity and means to defray cost is welcomed, especially from a company known to produce quality products and services which the Teams can take advantage of.

Deals such as these are extremely important for professional teams and eSports in general to remain sustainable in the long term. Not only are the tournaments themselves affiliated to the eye-balls with tech companies, sports drinks and shower products; professional players are increasingly sponsored individually and collectively so the pro's can devote themselves to their sport full-time.