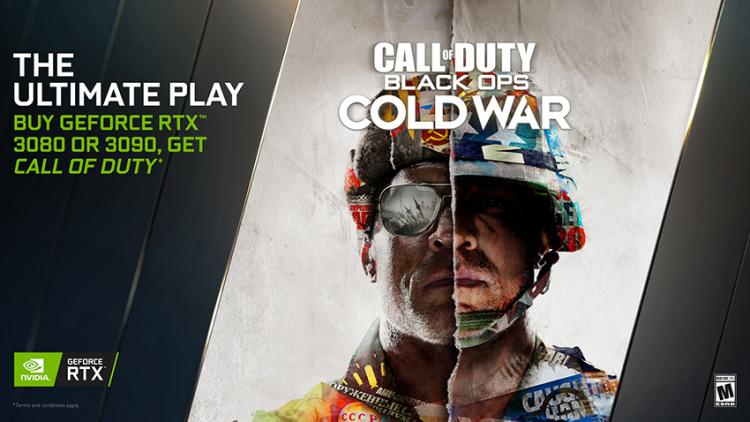 NVIDIA's GeForce RTX 3080 and 3090, two GPUs offering currently unparalleled performance, remain difficult to come by since their release in September. Nevertheless the GPU architects feel moved to sweeten the pot if you are able to get your hands on the hardware in the coming weeks. In partnership with Activision they are now offering the latest installment of the Call of Duty Black Ops franchise for free to new purchases.

Inspired by real events, Call of Duty: Black Ops Cold War is set in the precarious times of the early 1980's, when tensions the East and West are high and clandestine operations aren't uncommon. The single player campaign features regional flash-points including Berlin and Vietnam as blackdrop as the black ops team seeks out a spy in search of America's nuclear secrets. And it looks set to have a branching narrative and story conclusions based on decisions the player makes during each mission.

Following release on November 13th Cold War will be significant for NVIDIA's RTX program going forward due to the incorporation of a wide selection of NVIDIA technologies from day one, particularly DLSS and ray-traced visual effects accelerated by RTX-exclusive APIs. 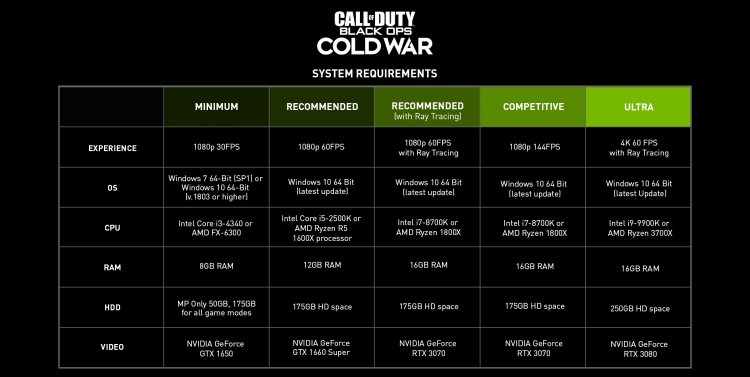 Purchases made of a GeForce RTX 3080 or 3090 from participating retailers between now and December 10th 2020 will be eligible for the Call of Duty: Black Ops Cold War GeForce RTX Bundle, which includes the Standard edition of the game and both Woods Operator Pack and Confrontation Weapons Pack. Both cards also meet the GPU performance standard required for Ultra visual pre-sets, maintaining 4K 60fps gameplay with raytracing enabled.

More information, including a list of approved retailers and partner SKUs, is available at the Bundle Offer page.