Get Civilization VI Free Now On The Epic Games Store 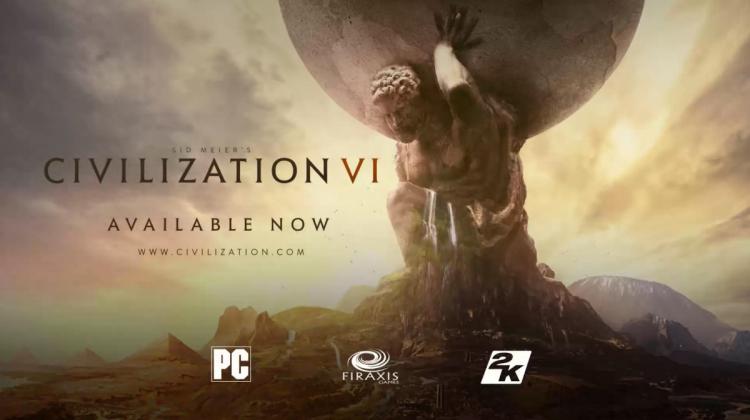 The Epic Games Store's free game promotion has said goodbye to Grand Theft Auto V today, its most high-profile entrant to date. And as with all things the old must inevitably give way to the new, this time in the form of premier strategy title Sid Meier's Civilization VI. Firaxis' most recent main line instalment to the veteran franchise was released in 2016 and has enjoyed long-term support in the form of Expansions, regular DLC and the New Frontier Pass.

Civilization VI is a 4X strategy title of the old school, featuring turn-based gameplay and familiar mechanical style that runs in a rich seam through the franchise's lineage. There are multiple paths to victory achieved through diplomacy, trade and war, and play has all the hallmarks of CIV's 'just one more turn' addictive cycle. Despite being turn-based, this is not one that you sit down to experience in bite-sized chunks.

The offer is yet another hefty saving for a AAA title. CIV VI is normally priced at £49.99 (or slightly cheaper elsewhere), almost the cost of two other games of similar vintage. Plus, you won't even need a PC specification from a similar time period to run it - it requires only modest Intel or AMD CPU hardware and an entry-level desktop discrete GPU.

Epic are offering the base game with Aztec DLC to owners of an EGS account (which costs nothing to sign up for), and the New Frontier Pass (feature 6 DLC packs to be released between now and January 2021) is also available from the store for £32.99. The CIV VI expansions Gathering Store and Rise and Fall are however not for sale on the Store directly. Note also that enabling 2-Factor-Authentication on your account is required before you can claim the game.

On May 28th at 4pm BST the promotion will rotate to a new - and as yet undisclosed - title.

There are currently 363 user(s) online:
Google