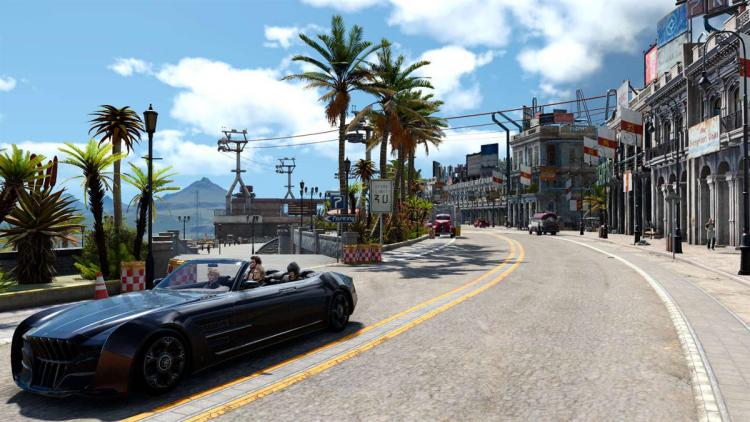 Final Fantasy XV Windows Edition unlocks in less than 20 hours, so we have to say that today's news of a new AMD Radeon Software Adrenalin Edition driver comes none too soon. Optimised for the new Final Fantasy, Warhammer: Vermintide II and DOTA 2, it aims to bring the best performance to systems with AMD Radeon GPUs that are lined up to play Square Enix's latest blockbuster.

The Radeon Software Adrenalin Edition 18.3.1 software package is the first driver release from AMD this month, and has been timed to pre-empt the launch of what's possibly this month's biggest PC release. Despite the rather mixed reception of their benchmark utility, Square Enix's Final Fantasy XV Windows Edition remains one of the most eagerly anticipated games for this platform in some time. Complete with PC-exclusive features and support for 4K 60fps gameplay (presupposing beefy enough hardware), with this update it will hopefully perform as well as it looks with AMD graphics.

Before buying Final Fantasy XV, don't forget that a demo of the game (comprised of some of the first chapter of gameplay) is available for you to test performance on your hardware configuration. That demo can be found here.

In addition to Final Fantasy XV, these drivers offer performance improvements for DOTA 2 specifically. The release notes mention an estimated 6% increase in frame rates for the game on RX 580 hardware running at 4K resolutions compared with the 17.12.1 Adrenalin drivers (i.e. from ~90fps to ~95fps). This reflects a general performance improvement across diverse titles since the Adrenalin Edition was formally launched in December 2017.

These drivers also include bug fixes for Radeon Chill, Middle-Earth: Shadow of War and World of Tanks. Additionally, perhaps reflecting testing performed during the recent stress test, the driver also includes a crash-fix for Rare's Sea of Thieves.

Returning once again is AMD's hit-list of known bugs, giving us an idea of what's in their sights for fixes over the coming patch cycle.

Radeon Software Adrenalin Edition 18.3.1 can be downloaded from the link below. It is compatible with 32 and 64-bit versions of Windows 7 and 10, and supports AMD GCN graphics hardware (i.e. HD7000-series and onwards).

- A random system hang may be experienced after extended periods of use on system configurations using 12 GPU's for compute workloads.
- Destiny 2 may experience an application hang in the mission "Heist" on some Radeon GCN1.0 products.
- Destiny 2 may experience long load times when the application has been open for long periods of time.
- Radeon Overlay may intermittently fail to enable when toggled in some games.
- FFmpeg application may experience corrupted output for H264 video streams.
- Resizing Radeon Settings may cause the window to intermittently stutter.
- Final Fantasy® XV may experience minor stutter during some particle effects. A workaround is to disable the "Geomapping" setting in game.