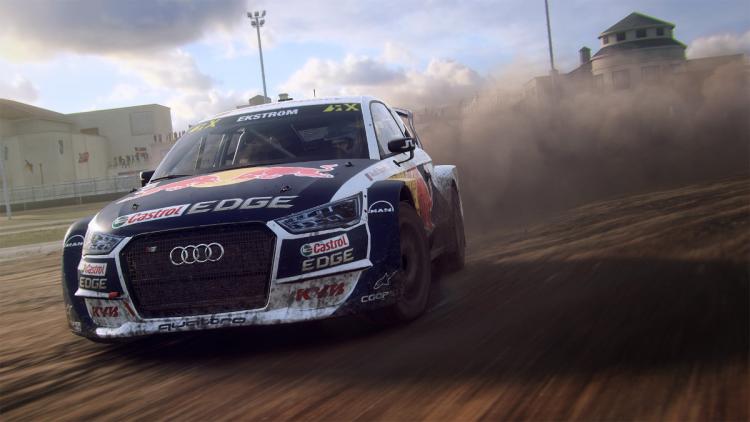 This week NVIDIA launched the Geforce GTX 1660 Ti GPU, and many will have immediately lurched for their smartphones to order their flavour of choice in the past couple of days. However a brand new GPU is no good without an up to date driver. As luck would have it however, NVIDIA have also issued a new GeForce Game Ready driver to coincide with the new hardware launch (as well as a couple of new games in need of some TLC).

The GeForce 419.17 WHQL Game Ready Driver is the first public update to be compatible with the GTX 1660 Ti, and also serves as the Game Ready driver for both Anthem's general release and DiRT Rally 2.0 (which goes live on February 26th). Unfortunately drivers for the new GPU are not currently clearly signposted on the GeForce.com driver download page, but the unified desktop driver packages means that you get the correct link for your OS by choosing any desktop RTX 20-series card in the drop-down menu. Otherwise, just follow this link or download via the GeForce Experience desktop app.

These drivers also implement a set of important security updates, the details of which are available here. The importance of the vulnerabilities which these updates address mean that it's recommended you transition to this driver even if you don't own a GTX 1660 Ti or plan to play Anthem and DiRT Rally 2.0.

NVIDIA's GeForce Game Ready Drivers are compatible with 64-bit versions of Windows 7, 8.1 and 10, and support GPUs going back as far as the Kepler (600-series) generation.

Provides the optimal gaming experience for Anthem and DiRT Rally 2.0.

Included Features:
- Supports NVENC/NVDEC on NVIDIA Turing GPUs
- NVENC API has been updated to support HEVC B-frames on Turing GPUs.
- NVENC API adds the capability to output the encoded bitstream, and motion vectors from Motion-Estimation-only mode to video memory. This avoids the overhead of copying the output from system to video memory for processing pipelines operating directly on video memory.
- NVENC API now accepts CUArray as an input buffer. The SDK contains a sample application to demonstrate how to feed Vulkan surface to NVENC using Vulkan-CUDA interop.

This is a new API for Optical Flow and stereo disparity hardware engine, available on Turing GPUs.