Getting Into Streaming? Cyberpower UK Feature Five Streamers To Emulate 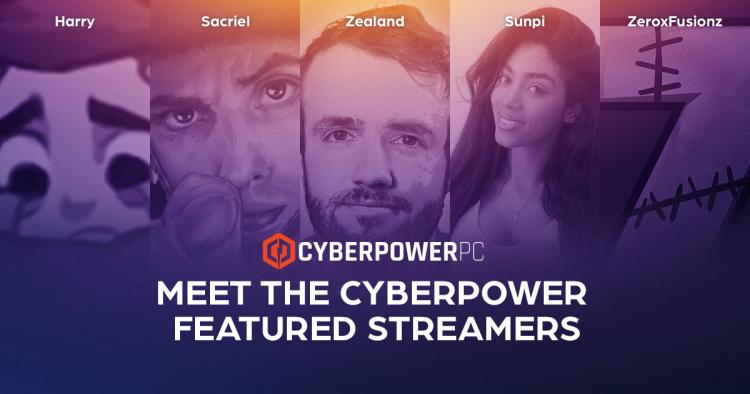 It's never been easier to get started streaming on the platform of your choice. Twitch.TV, Youtube or Facebook; PC Gaming, Consoles or IRL; there's a plethora of hardware available to make your aspiration a reality and not just sit back and watch as someone else does all the hard yards. But you still need to know where to get started, and having a role model to aspire to helps.

UK system retailer Cyberpower PC are cunningly addressing both aspects of your road to streaming greatness with their Streaming PC configurator, which guides you through the process of picking the ideal PC for you. And has part of the initiative they're also highlighting partnered streamers to take inspiration from.

While not quite being a true cross-section of all thousands of entertainers on Twitch, Cyberpower's first five Featured Streamers does showcase some of the best that the streaming community has to offer.

Harry is a variety streamer whose popularity exploded during lockdown and has been cutting his teeth in GTARP on the famed NoPixel server. That being said, he's not afraid to dabble in newer games such as Elden Ring and Lost Ark should the fancy take him.

Zealand is all about plumbing the depths of Football Manager, and makes the normally dry franchise a fun ride to watch with plenty of chat interaction. If fantasy football is your sort of thing, but take that's distinctly sourced from the other side of the Atlantic, check him out.

Sunpi has been creating video content on Youtube for over five years, and only slightly more recently added variety Twitch streaming to her formidable arsenal. Strong chaotic energy permeates her streams no matter what she's up to in front of the camera.

Dyllan, AKA ZEROxFUSIONZ, also branched out into variety streaming after specialising in EA's Plants vs Zombies franchise, particularly Garden Warfare, for many years. With 27k followers on Twitch he's the smallest streamer of the five, but has an outsize impact on Youtube where he numbers almost 250,000 subscribers.

The final member of this eclectic quintet is veteran streamer Sacriel. A formidable foe in FPS games who created content on both Youtube and Twitch.tv before the latter even become Twitch, he's grown his livestreaming channel to over 700,000 followers and become one of the UK's most-recognised gameplay-focussed content creators.

Tune in to these entertainers at their respective channels above. Each also has their own affiliate code that can net you a sneaky discount of your own streaming Cyberpower PC, putting you on the path to building your own community and portfolio. And of course check out Cyberpower UK's streaming PC section here.