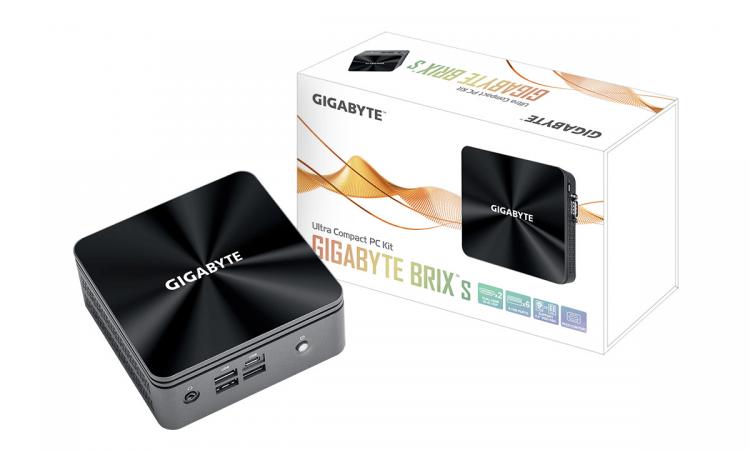 GIGABYTE's BRIX series of mini-PC's, based broadly on the Intel NUC definition laid out more than half a decade ago, have been pocket powerhouses that stayed on the evolution curve as new CPU generations were released. Today, a few months after the debut of Intel's 10th CPU Generation, GIGABYTE appear poised to update the range with a refresh centred on 10th Generation Comet Lake-U series CPUs.

Some work by serial uncoverer of rumours and leaks @momomo_us revealed four official website listings for GIGABYTE's updated BRIX range. The BRi3H-10110, BRi5H-10210, BRi7H-10510 and BRi7H-10710 incorporate new 10th Generation Comet Lake CPUs, beginning with the Core i3-10110U (a dual-core CPU with Hyperthreading) and reaching the Core i7-10710U (with six cores and hyperthreading). An aggressive turbo on each U-series CPU means relatively low base frequencies and high boost frequencies that will test the capabilities of BRIX cooling solutions.

Intel's Comet Lake architecture is a 14nm update of Coffee Lake which it's anticipated will be released this year in desktop and mobile form. Their standard nomenclature defines -S series processors as desktop CPUs, whereas the -U series have a lower TDP (~15W in this instance) and commensurate performance expectations. Comet Lake-S CPUs are expected to include a 10-core/20-thread model to be announced in the near future, and U series SKUs equipped with up to 6 cores have already been unveiled. Intel UHD Graphics 620 are also supported by these CPUs. 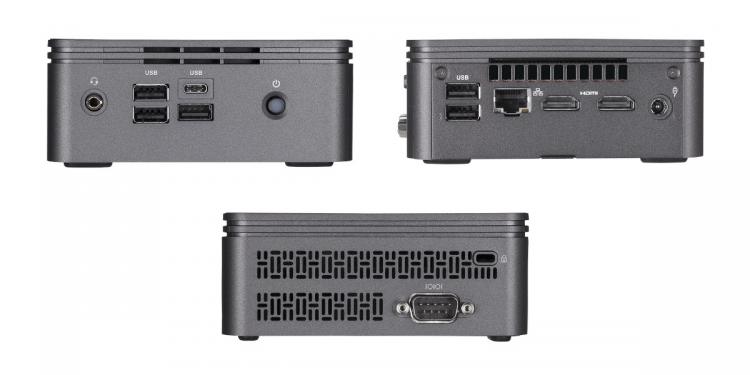 GIGABYTE have, in the main, taken advantage of Intel's low power U-series CPUs for BRIX mini-PCs - models which typically find their way into mainstream laptops due to their energy efficiency and perf/watt. Intel's platform has also meant a feature-rich environment at the forefront of consumer connectivity, which in this instance includes support for Intel Wireless-AC 3168 /w dual band WiFi & Bluetooth 4.2, USB 3.2 Gen2 and Gigabit LAN. Space for a single 2.5" storage drive is also available, but would be sold separately.

Each updated BRIX model also incorporates a single RS232 COM Serial Port, which should give away the target market for these models: embedded solutions and commercial applications. A lack of pricing information also underscores that conclusion. That said, consumer variants with almost identical specifications are surely just around the corner.

Even though this update doesn't transition the range to 10nm Ice Lake CPUs, the addition of a model with up to six cores (from the previous best of four) brings some much-needed multi-core performance improvements while remaining within the platform's tight thermal constraints. Given the range lives and dies on the development and success of Intel's mainstream mobile chip, that's a critical advancement to mitigate against competition from upcoming Ryzen 4000U-series Mobile releases.