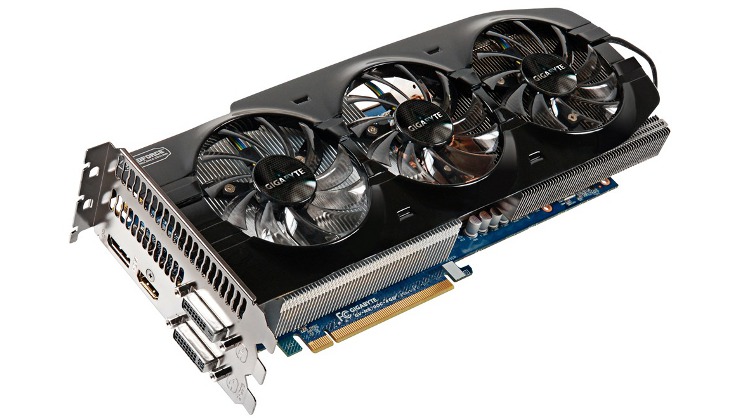 The GV-N670OC-4GD with triple-slot Windforce 3X

Those seeking to run games at much higher resolutions without investing unfeasible amounts of money in a 4GB GTX680 will be pleased to know that GIGABYTE are releasing two new NVIDIA 600-series SKUs with increased memory capacities whilst retaining other performance characteristics such as non-reference cooling and factory overclock.

The first is a GTX670 with 4GB rather than 2GB GDDR5 RAM. The 4GB GeForce GTX670OC (GV-N670OC-4GD) doubles the RAM from a standard 2GB and is cooled by a triple-slot Windforce 3X cooler capable of 450W of cooling thanks to an elaborate heatsink and three-fan arraingement. Base and Boost Clocks are improved by ~60MHz to 980MHz/1058MHz respectively, and memory speed is kept at the standard 6008MHz.

Second up is a new GTX660Ti bearing the legend GV-N66TOC-3GD. Rather than the standard 2GB memory has been increased to a much more roomy 3GB, which should go some way towards improving performance at >1080p and with higher levels of AA, AF and texture resolution. As you'd expect from an 'OC' SKU, this GTX660Ti OC is factory overclocked straight out of the box from 915/980MHz Base/Boost to 1032/1111 MHz; to cool this mighty beast a dual-slot, triple-fan WindForce 3X is the order of the day. Though there are larger amounts, memory is still clocked at 6008 MHz with a 192-bit bus width. 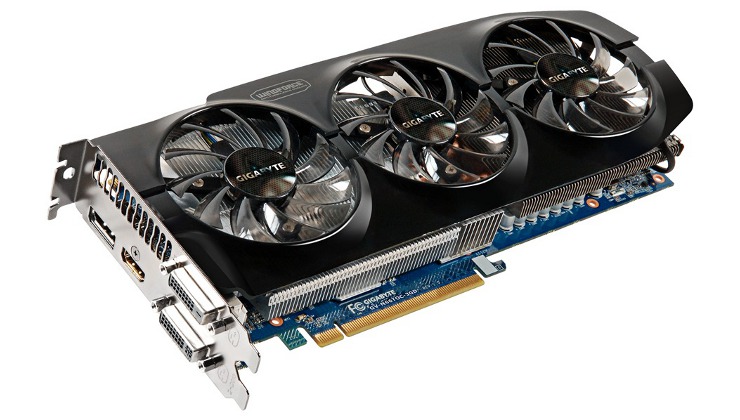 The GV-N66TOC-3GD with dual-slot Windforce 3X