Seen at Computex under the name of GA-Z68-Gaming, the official name is now known as the G1 Sniper 2. It has been reported than a few minor cosmetic changes have been made as well as the rear eSATA port now being an eSATAp (powered eSATA) and USB combo port. Including a Killer NIC E2100, a Creative X-Fi audio chip and the famed G1 green and black styling with assault rifle inspired heatsinks, this Z68 motherboard is likely to be on the top end of the spectrum of the Z68 motherboards set to compete against the ASUS ROG range, so expect a price to match too. 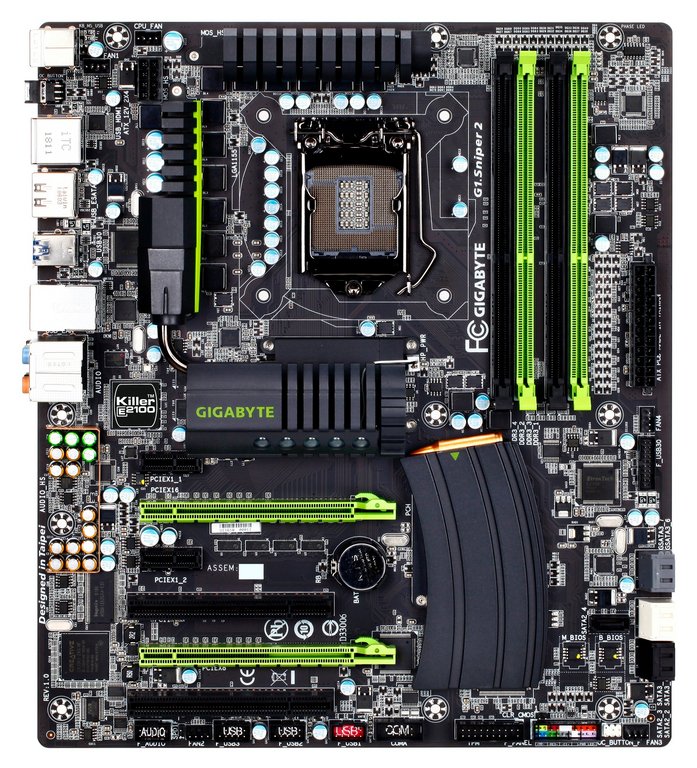 There is no official date set for launch.