GIGABYTE adds Revision 2.0 of its entire GeForce RTX 3060 line-up, all of which as badged as the Lite Hash Rate version. The specifications of the five new Rev. 2.0 LHR (Lite Hash Rate) version models are the same as the revision 1.0 models. There are no specifics written on the product page as well as to its difference(s) with its predecessor. Hence, we can only assume that the revision 2.0 models offer lower rash rates to deter cryptocurrency miners/farmers from buying the LHR edition GeForce RTX 3060 graphics cards. The Lite Hash Rate models are seemingly marketed for gamers only. 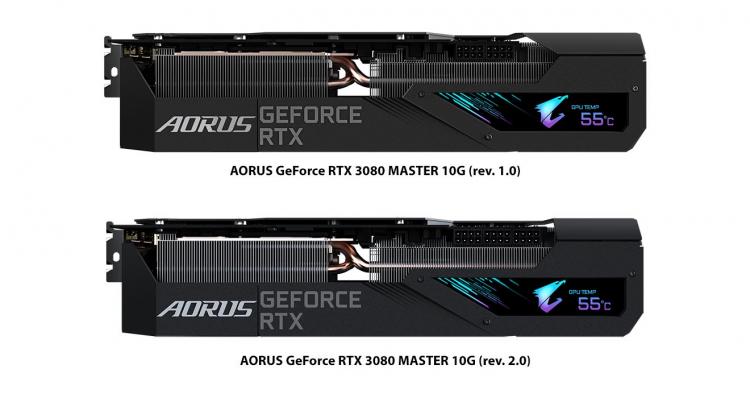 For the AORUS RTX 3080 MASTER 10G, the difference between the two revisions is stated and obvious. As for the GIGABYTE GeForce RTX 3060 Lite Hash Rate Series models, the difference(s) whether an improvement or BIOS revision or others wasnt stated.