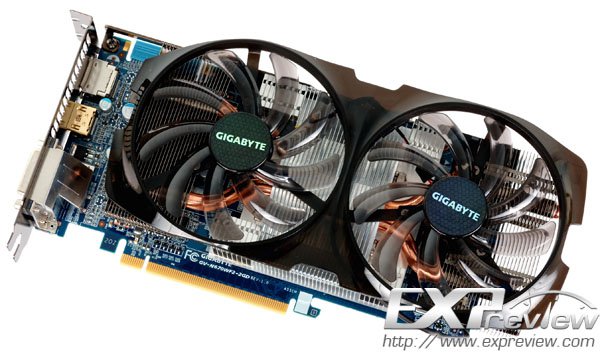 Expreview have gained details of the GIGABYTE Geforce GTX 670 Windforce 2X, including images of the latest Windforce variant with Triangle Cool technology which cools the already chill GK104 GPU. The dual-fan cooler utilises an open shroud for maximum ventilation, whilst previous iterations have slightly more elaborate designs to exhaust some hot air from the case directly. Two meaty heatpipes draw heat from the core and to the aluminium fins at the extremities, whilst a large heatsink and fin arrangement directly over the core aids in core cooling.

VRM's are cooled directly via a copper plate which is attached to the cooler fins (on the RHS of this image), whereas other components are cooled by the no-doubt plentiful air flow. 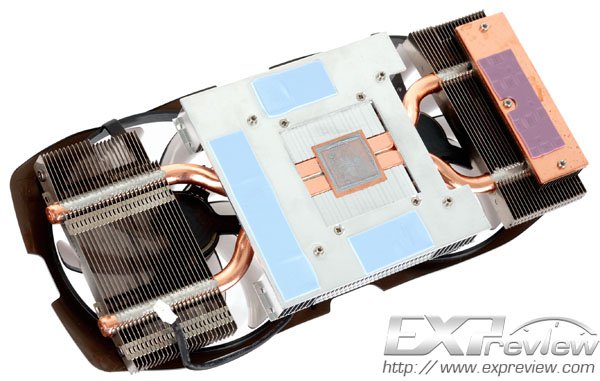 This card will appear in two variants, vanilla and OC. The basic version will be clocked at the reference speeds of 915MHz Base, 980MHz Boost and 6GHz memory; by contrast the OC version will feature 941MHz Base and 1019MHz Boost frequencies on the core. Both basic and OC editions will be backed GIGABYTE's Ultra Durable component selection process which includes Japanese solid-state capacitors, a 2 oz copper PCB, and ferrite core chokes.

A further interesting point is the metal reinforcing bar running along the top of the card PCB, reducing the flex on the board caused by the weight of the cooler hanging off the GPU socket. It's little touches like these which can make all the difference. 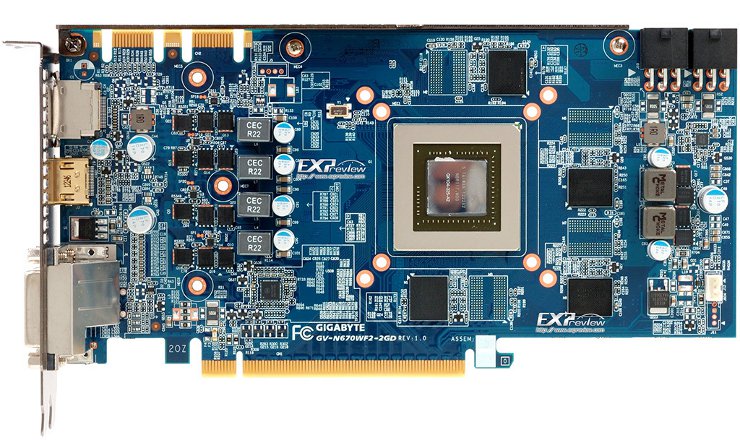 The GTX 670 Windforce 2X is expected to retail for less than the 3X variant, which is currently pegged at ~£330, and it's possible that this cooler will also be seen on the GTX 660Ti which according to rumour is due some time in the next month.