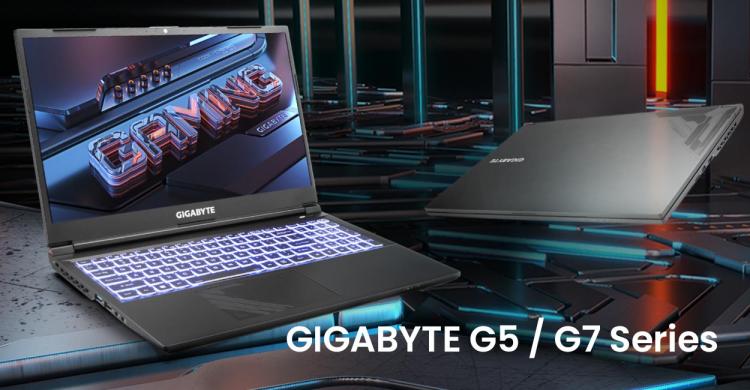 laptops powered by the latest 12th generation Intel Core processors. The new GIGABYTE Gaming G5 and Gaming G7 laptops meet a wide range of needs in multitasking, gaming, and entertainment with the 12th Gen Intel Core i5-12500H processor packed with 12-cores and 16 threads with a maximum burst clock of 4.5GHz. The G5 and G7 gaming laptops are also equipped with the graphics cards of NVIDIA GeForce RTX 30 Series graphics.

GIGABYTE TECHNOLOGY launches 15-inch G5 and 17-inch G7 gaming laptops for providing an unrivaled multitasking experience. People's lifestyles, including the patterns in the aspects of study, work, entertainment, etc., have changed significantly due to the COVID-19 pandemic. As a result, a laptop with high performance and portability is necessary for people to fulfill their new daily life. This leads to the ultimate creation of GIGABYTEs latest generation of multitasking gaming laptops.

Different from the appearances in the past, the trendy Mecha pattern is adopted on the exquisite laptop case surface to display a strong personal taste. With the focus on multitasking to appeal to Gen Z gamers, the G series laptops are built for not just gaming but provide a beautiful balance of entertainment and work capabilities.

In terms of gaming performance, the laptops are equipped with NVIDIA® GeForce RTX 3050, RTX 3050 Ti, and 3060 chips. By adopting the award-winning NVIDIA Ampere Architecture, the breakthrough in graphic performance can support the drawing technique via ray tracing, as well as advanced artificial intelligence, for displaying more vivid light and shadow effects. This can certainly allow you to play AAA masterpiece games. RTX 30 Series Laptop GPUs also feature the brand-new 3rd generation Max-Q technologies for optimal power and performance, the overall computing speed and gaming experience will be remarkably enhanced. Equipped with the unique WINDFORCE Cooling System, the highly efficient 59-blade dual fans, 5 exclusive heat pipes, and 4 exhaust vents, the laptops can dissipate the heat generated after the high-speed operation of the CPU and GPU, exert their 100% performance stably, and completely.

In addition to performance upgrading, the portability feature of G5/G7 has another significant breakthrough. Get rid of the stereotypical impression that the body of a high-performance laptop must be bulky and heavy, the size of the laptops has been reduced by 22% compared to the laptops of previous generations. The laptop would be a stylish accessory, which can be portable with one hand on any occasion such as classes and meetings. For groups of versatile players, the laptops can also offer an ultimate comprehensive specification including a gaming display with a 144Hz high refresh rate. The Type-C port of Thunderbolt 4 is also introduced, providing a transmission speed up to 40Gbps. The laptops also include rich video output ports and complete I/O ports, helping users create multitasking environments easily at any time anywhere. The SSD slot supports high-speed PCle Gen4, to reduce the waiting time for reading and copying any big files. Users have powerful game performance and enjoy unprecedented multitasking performance. The laptops are not only for fun in games but also for battles in daily life. 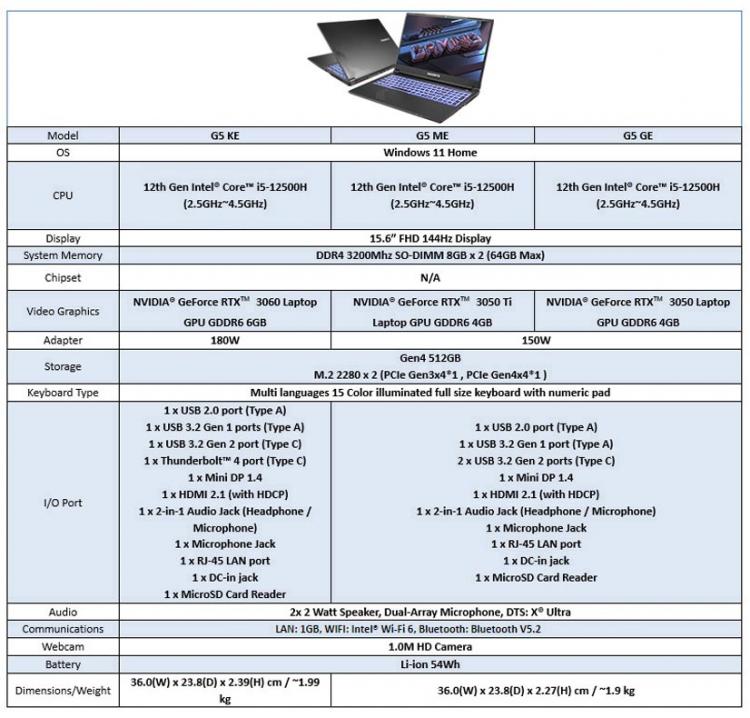 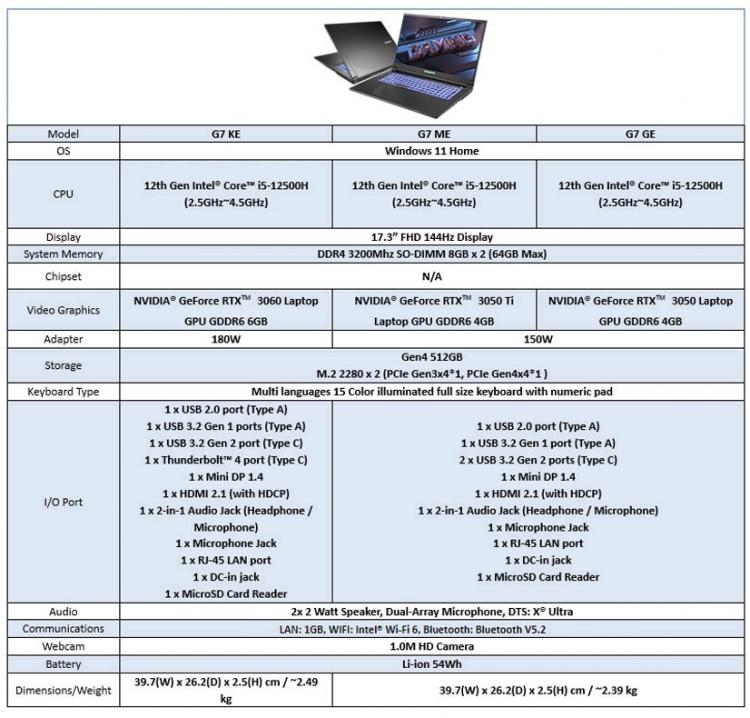