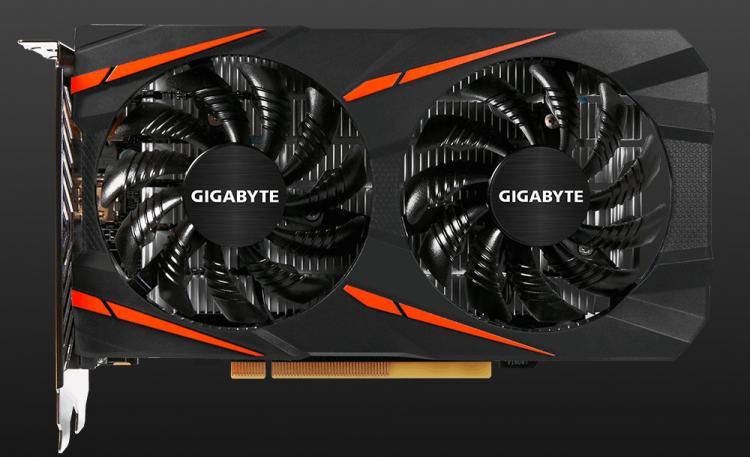 Today marks the launch of AMDs lowest end Polaris offering, the RX 460, and its partners have wasted no time in pushing out tricked out and overclocked versions of the card. GIGABYTE is no exception, launching the Radeon RX 460 WINDFORCE OC in both 2GB and 4GB variations.

The GIGABYTE version of the RX 460 appears to be mostly about improved cooling, but GIGABYTE does claim that the WINDFORCE is built for overclocking. The boost clock on the WINDFORCE RX 460 is very close to the stock boost at 1212MHz. The stock boost clock is 1200MHz. On the overclocking front, the does have 4+1 power phases, upgraded from the stock 3+1. Of course, the RX 460 WINDFORCE is also supported by GIGABYTEs Xtreme Engine overclocking utility. Given all that, it appears that the RX 460 is more of a do-it-yourself overclocker, giving users with the knowledge of overclocking the ability to push the card a bit further.

As can be expected, the RX 460 WINDFORCE comes equipped with GIGABYTEs WINDFORCE 2X cooler with dual fans. Like with other newer WINDFORCE coolers, fans offer a semi-passive cooling option, allowing the card to operate silently under minimal loads. GIGABYTE also boasts that their fan design generates 23% better cooling performance over traditional fans.

The look of the RX 460 WINDFORCE is similar to other current generation WINDFORCE cards, but without the frills of the higher end models, like RGB lighting, and instead has red stripes accentuating the hard contours of the card. GIGABYTEs RX 460 is a dual slot card with a single Display Port, one HDMI, and one DVI-D.

The GIGABYTE RX 460 WINDFORCE is currently available in both 2GB and 4GB models for $119.99US and $129.99US respectively. It offers and interesting introductory option in the Polaris line for a reasonable value.