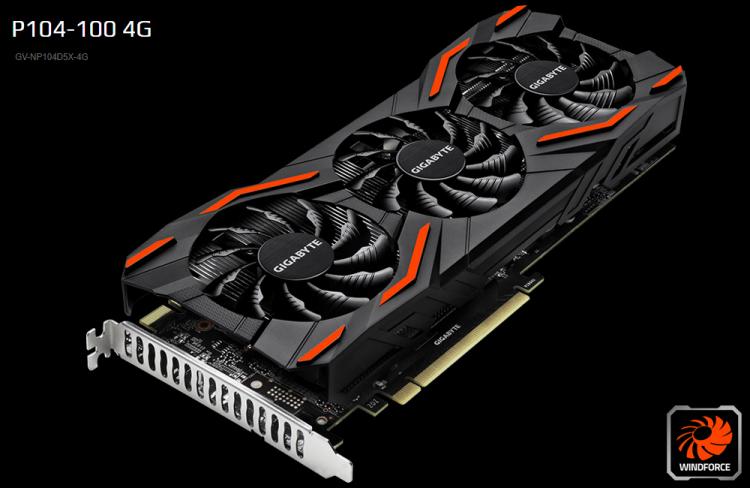 GIGABYTE outs the GV-NP104D5X-4G under the Mining Series cards powered by the NVIDIA P104-100 integrated with 4GB GDDR5X 256bit memory. The GIGABYTE GV-NP104D5X-4G features the WINDFORCE 3X with Blade Fan Design, GIGABYTEs first mining card to sport a triple-fan cooling engine. It runs with a boost clock of 1733MHz and base clock of 1607MHz. Like most mining-oriented graphics cards, the GV-NP104D5X-4G doesnt have output ports in its rear I/O shield and doesnt have a back plate to keep prices down and competitive, making it significantly cheaper than the GeForce GTX 1060 and 1070 offerings. It also uses a single 8-pin PCIe power connector.


Warranty
Unlike the GeForce graphics card series, the GIGABYTE Mining Series cards are only covered by a 3-month limited warranty.

For more information, visit the product page at https://www.gigabyte.com/Graphics-Card/GV-NP104D5X-4G