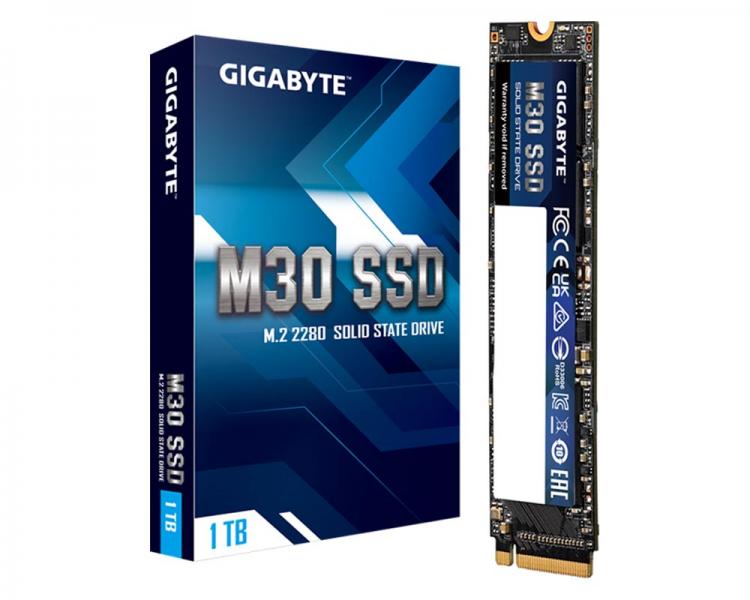 DDR3L DRAM Cache
GIGABYTE M30 SSD is equipped with a high-speed DDR3L DRAM cache and does not need to reserve over-provisioning space, thus improving the random Read/Write performance. This means the users can use the full capacity of the drive. Moreover, external DRAM can be a buffer between controller and NAND flash for sustained performance when capacity is occupied by more and more data.

The GIGABYTE M30 SSD comes with a 5-year warranty. GIGABYTE did not reveal pricing as of this writing. To learn more, please visit GIGABYTE.