SandyBridge-E is coming soon, and GIGABYTE continues to tease us by releasing vanity shots of their launch range of X79 motherboards. Encompassing cost-concious through to extreme enthusiast market segments (there probably won't be a truly 'budget' X79 motherboard), these boards continue to reflect the bold colouring of recent GIGABYTE efforts. As with the X58 and Z68 UD and G1 boards, they may not be to all tastes. Perhaps the most interesting revelation we can glean from these shots is that they all proport to support PCI-Express 3.0, which isn't yet an announced feature of SandyBridge-E. 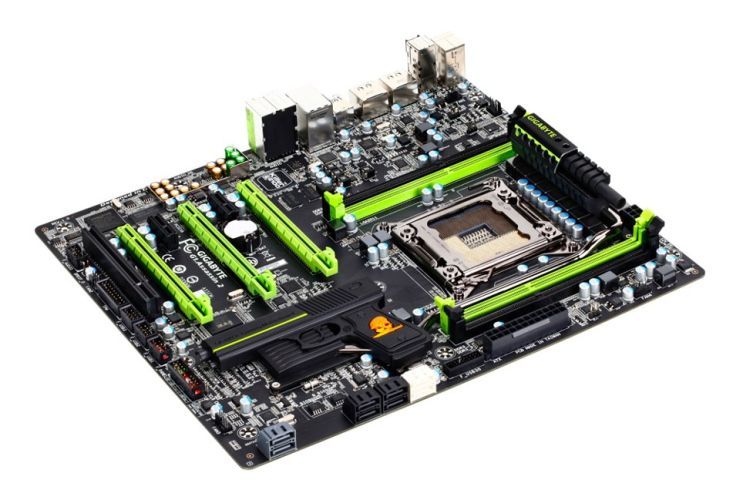 G1. Assassin 2:- We saw a glimpse of the Assassin 2 last week, and it's definitely striking. The Assassin 2 will probably be the gamer board in GIGABYTE's X79 range, though obviously the colour and styling will make is something of a 'marmite' choice. There's no auxuilary power for PCIe, which is seen on the UD7, and no indication that it supports SLI/Crossfire from board labelling. The Killer intergrated NIC takes pride of place, and will no-doubt add considerably to the cost. 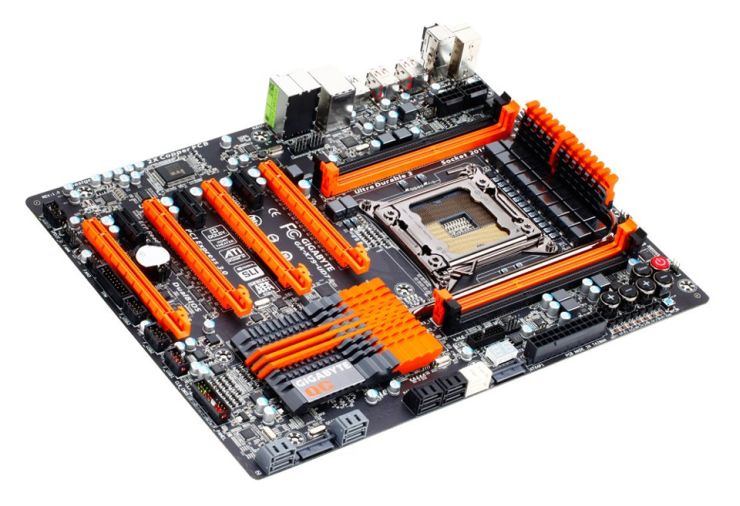 X79-UD7:- if it's anything like the similarly coloured GA-X58A-OC this option will be the overclockers' choice. GIGABYTE mention that it's "for extreme overclocking and power users", and if the past is anything to go by they're not wrong. Also worth noting are the two SATA power connectors on the motherboard providing additional power to PCIe for 4-Way SLI and extreme overclocking of GFX cards. 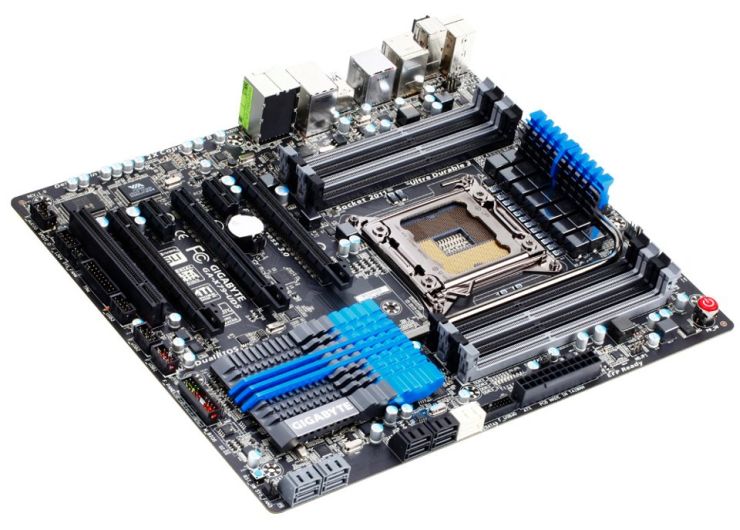 X79-UD5:- straddling the gap between the UD3 and UD7, the X79-UD5 appears to be the all-rounder of the range. Supporting 8 DIMMS - the only GIGABYTE X79 board to do so - and 3-way SLi, it's for the high-end user and content creator who probably isn't all that keen on extreme overclocking. The blue trim colour-scheme make this board look relatively subdued compared to the higher-end offerings. 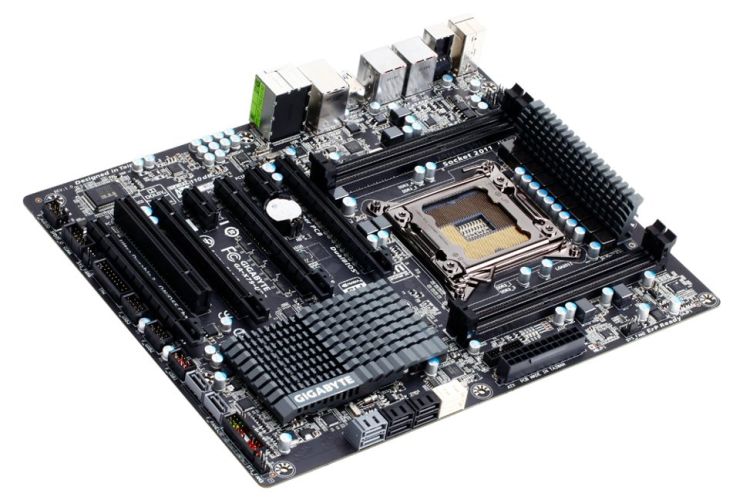 X79-UD3:- Labeled the board for the "cost conscious overclocker or general PC user", the UD3 is something of a conundrum. Relatively limited in its' power delivery systems (compared to the bigger brothers), it never-the-less features 4 full-length PCIe slots and claims 4-way SLI, though users may want to consult documentation before fitting the most power-hungry cards in multiples greater than 2. Grey trim makes it the least garish of the range, no-where near as objectional as many budget products amongst other chipsets.