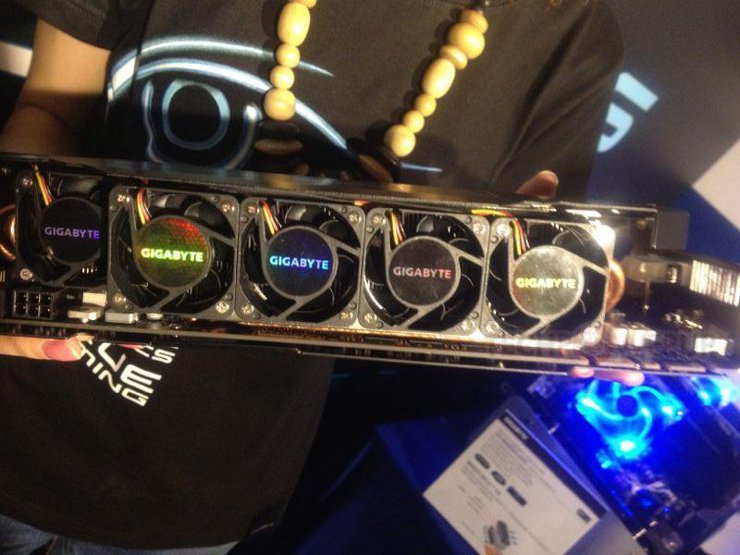 As promised, GIGABYTE started demonstrating their new flagship GFX card, the GTX 680 Super Overclock Windforce 5X today in Taiwan at the Tech Tour 2012, and it sure looks like a brute. The Windforce 5X cooler dispenses with the 3*92mm fan arrangement of the previous iteration and instead goes for five 40mm fans mounted perpendicular to the PCB.

The immediate question on everyone's lips is noise, and right now we have no information on that. 40mm fans, which are often used in server rackmount chassis, are notorious for having to run at high RPM in order to push significant amounts of air and hence tend to be used sparingly in desktop solutions. It's true that the GK104 GPU is known be pretty cool even at high loads and the size of the Windforce 5X solution indicates a pretty meaty heatsink under the frontplate, and but even so 40mm fans are an odd choice. 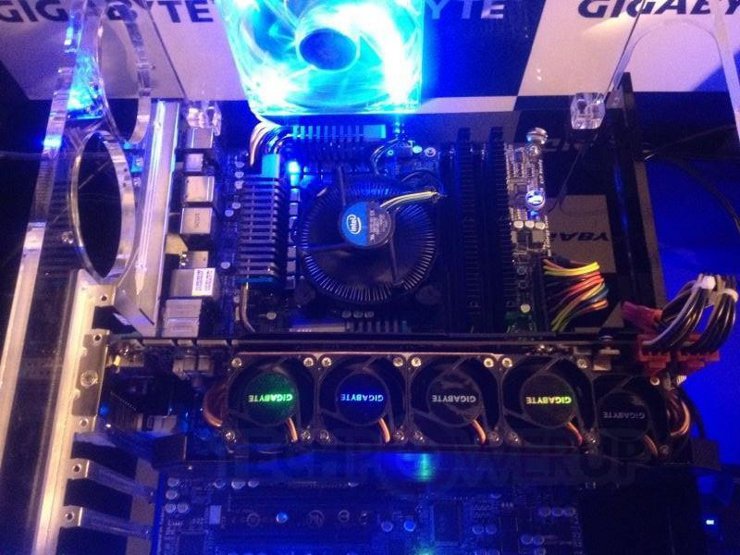 The size and placement of the fans also allows more directionality in air flow, moving hot air away from motherboard components rather than just dumping it away from the GPU in a relatively hap-hazard fashion. However, was warmed air ever that much of an issue? I can't recall it being one.

One thing's for sure, everyone is eagerly awaiting reviews to see just how well it performs. With the 'love-it or hate-it' aesthetics and potential for noise, it's sure to be one of the more divisive products in this generation. Hopefully the GTX 680 Windforce 5X will turn out to be more of a Win-force than a Wind-farce. 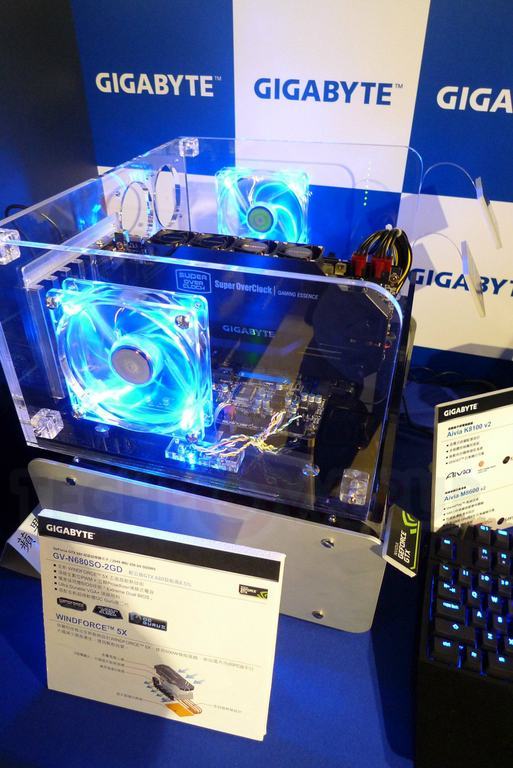