I'm not quite sure what to think about this. For starters it is nice to see something different but the design of this card leaves me puzzled. Gigabyte's latest card, the GV-R797SO-3GD, is a 7970 with a triple slot cooler and, wait for it, 5 40mm fans on it.

The Tahiti XT-based GPU runs a 384-bit memory bus with 2048 stream processors using the latest PCIe 3.0 interface. Obviously being a SOC model, it has been tweaked further with a core clock of 1080MHz, up from the standard 925MHz, and 3GB GDDR5 clocked at 5500MHz. It offers two mini DisplayPorts, one gold plated HDMI port, a single Dual-link DVI-I port, and is capable of running four displays simultaneously. 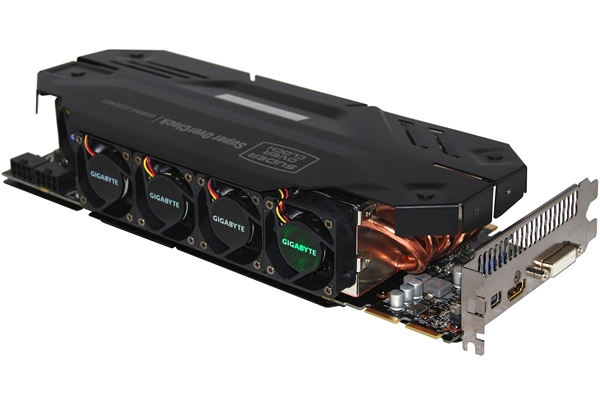 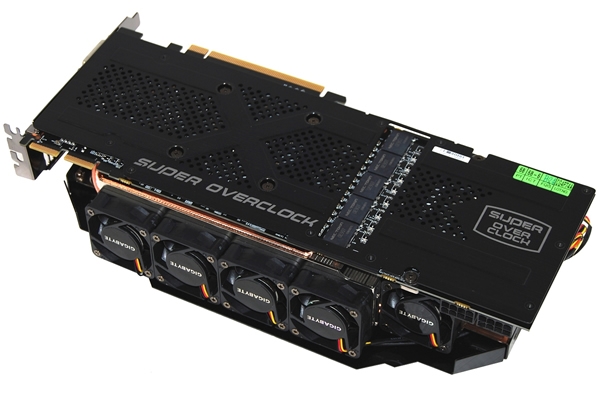 The specs are incredible, this will be a quick card but generally speaking 40mm fans are noisy and have a lower life span than larger fans. Gigabyte are confident that this won't be the case however.

Gigabyte's latest graphics card is also the first to use five smaller fans mounted to the top of the GPU that "pull" the heated air through the radiator, which the company says reduces "hotspots" on the bottom of the board due to minimal airflow created with traditional cooler designs. This results in the Radeon HD 7970 SOC being totally silent below 30°C, with their Anti-Turbulence Pull Airflow System hitting 53 decibels at 57°C, which is almost 9 decibels quieter than a standard HD 7970 at a slightly toastier 64°C. 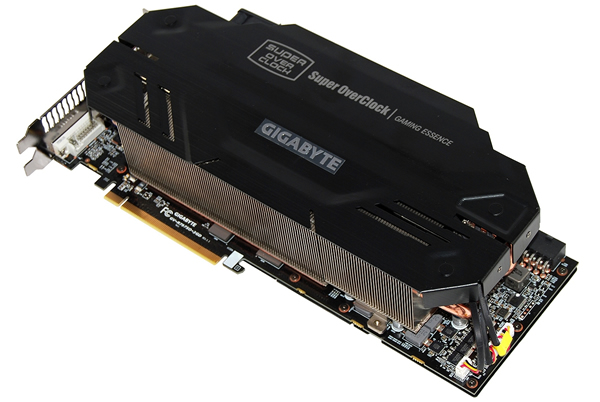 It sounds good in theory but will it live up to this promise in practice, especially when the card is pushed running multi monitor setups?