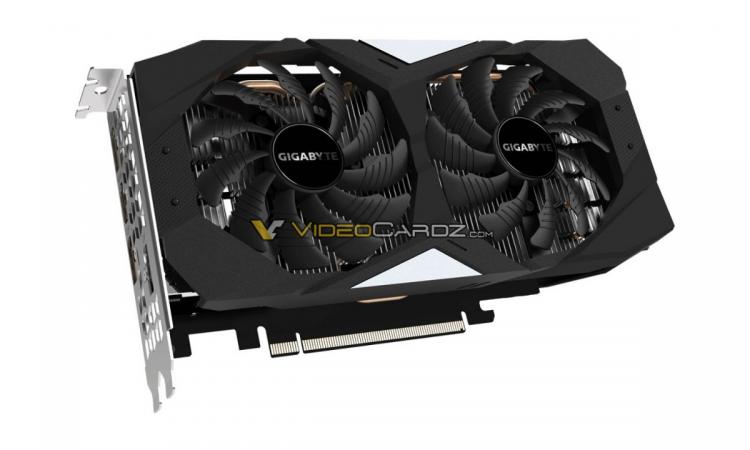 Videocardz.com are no strangers to the odd leak, and recently they've been devoting some attention to the rumoured mainstream entrant into NVIDIA's RTX 20-series of GPUs. The GeForce RTX 2060 is believed to be taking its place just below the RTX 2070 some time in the very near future, which has meant that all sorts of card imagery has make the inevitable transition from manufacturer marketing photography studio to tech press website.

GIGABYTE's GeForce RTX 2060 is highly unlikely to be the last RTX 2060 leaked before launch, but it must be said that there's not an awful lot to see with these fresh photos. In fact, you'd be forgiven for mistaking it for any number of GIGABYTE cards released in recent years with a compact dual-fan 'WINDFORCE 2X' cooler. The PCB is notably shorter than other GIGABYTE RTX 20-series cards released with the exception of the GBT RTX 2070 MINI ITX OC, but with that exception distinguishing features are few.

A single 8-pin PCI-E connector powers the card, although Videocardz hedge by saying that the reference RTX 2070 specification may well only demand a single 6-pin connector.

As for the GPU at the heart of the card, current information suggests that it is a TU106 (the same as at the heart of the RTX 2070) with 1920 CUDA Cores (30 Shader Modules) enabled and 6GB of GDDR6 VRAM. That compares with 2304 CUDA Cores (36 Shader Modules) and 8GB GDDR6 VRAM on the RTX 2070. At this point its anyone's guess whether the RTX 2060 will be able to cope with the demands of real-time ray tracing and other RTX-specific technologies.