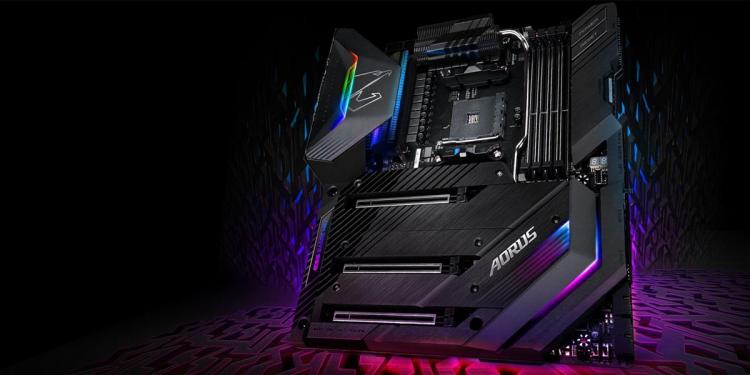 GIGABYTE announces the latest BIOS update on AMD X570, B550, and A520 Series motherboards to enable AMDs latest features including AMD Smart Access Memory and AMD Rage Mode. These innovative features enabling a bandwidth boost when the CPU accesses the GPU memory on graphics cards, which enhances and unleashes the ultimate system performance. Now, users of the latest AMD platform on GIGABYTE AMD 500 series motherboards with AMD Ryzen 5000 processors and Radeon RX 6000 Series graphics cards, will be able to experience an extra gaming and performance boost.

Through the AMD Smart Access Memory and AMD Rage Mode, the Ryzen 5000 Series CPU gains access to the Radeon RX 6000 Series memory, unlocking the limited bandwidth to full bandwidth with running 4K gaming. By accessing the GDDR6 GPU memory more rapidly on AMD 500 series motherboards, the Ryzen CPUs operating performance and gaming performance are both improved. Based on the results of gaming tests with Smart Access Memory and AMD Rage Mode enabled, the 1080P gaming improved by 17%, and a performance increase of 10% was unlocked on 2K and 4K resolutions as seen on the graph below. 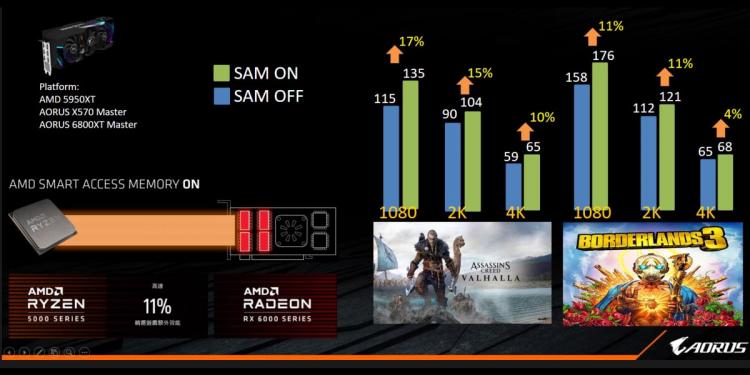 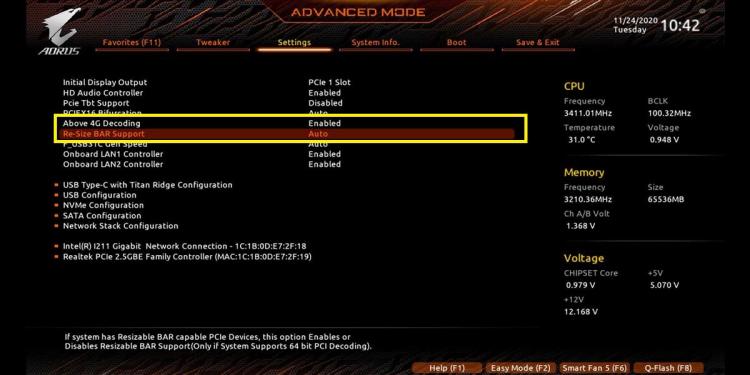 Enable Above 4G Decoding and Re-Size BAR Support in the BIOS setting, and make sure the system operating under UEFI mode. The AMD Rage Mode can be simply activated in the graphics card driver. To make sure that the Smart Access Memory function is enabled, just go to your graphics properties Resource settings in the Device Manager of Windows 10. If you see the item Large Memory Range then youre on the right track.

The latest BIOS of GIGABYTE X570, B550, A520 motherboards has been updated on the website. There are multiple ways to update the BIOS such as using the GIGABYTE @BIOS desktop app and Q-Flash BIOS app. Furthermore, select models feature the Q-Flash Plus that allows users to update BIOS without installing processor, memory, and graphics card.