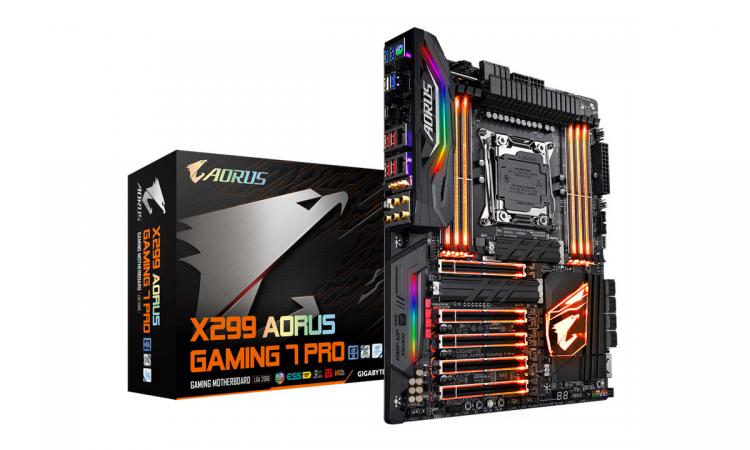 Taipei, Taiwan, Nov 22nd, 2017  GIGABYTE TECHNOLOGY Co. Ltd, a leading manufacturer of motherboards and graphics cards, has unveiled the new X299 AORUS Gaming 7 Pro motherboard. With support for the new Intel 18-Core i9 7980XE processor, the new motherboard is ready to elevate performance to the next level. Featuring an updated VRM design paired with Smart Fan 5 technology to satiate the power demands of the new 18-core processor while keeping the system icy cool, the new X299 AORUS Gaming 7 Pro is the definitive motherboard of choice for users who value performance first and foremost.

The X299 AORUS Gaming 7 Pro motherboard utilizes a server-grade digital power design with 12 power phases, each providing up to 60 amps. A digital Intersil PWM controller has been implemented within the VRM to enhance the communication efficiency between the CPU and PWM. With the inclusion of the Turbo B-Clock tuning IC, the motherboard is geared to produce the best overclocking results.

Smart Fan 5 technology provides the perfect cooling solution for a motherboard that supports so many peripherals and impressive performance capabilities. Smart Fan 5 allows users to customize fan speeds and specify temperature parameters to their liking. Users also have the ability to allocate and configure fan headers in tangent with the thermal sensors to regulate temperatures on critical areas. The Active Cooling fan initiates to lower VRM temperatures once they surpass certain thresholds, mitigating the effects of excess heat on the VRM and CPU in overclocked systems.

RGB Fusion technology gives users the ability to illuminate the board with surround lighting to their own style. Components inside the chassis can also be lit up with support for external RGB LEDs, including Digital LED, RGBW and RGBUV. With Digital LED support, LED lights are individually addressable allowing for more patterns and effects than ever before. RGBW offers true white light and more vivid colors while RGBUV LED is the way to go for dark light effects. 5V and 12V LEDs in the form of strips, arrays or matrices can be added for additional flair. 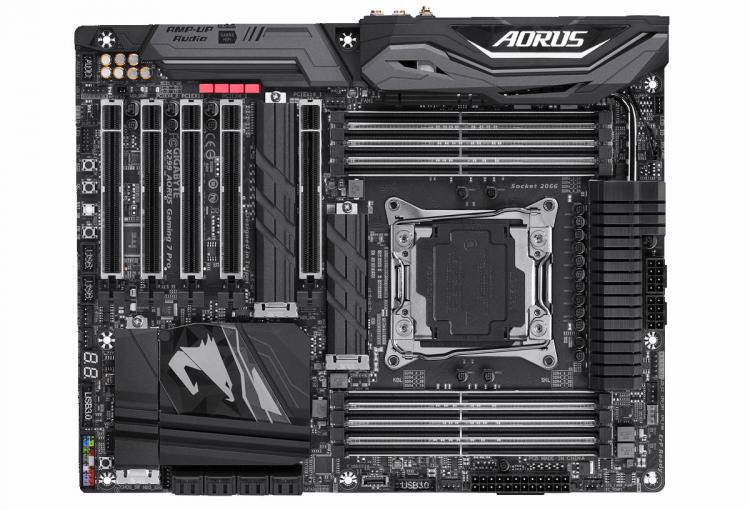 Aside from its impressive hardware specs, the X299 AORUS Gaming 7 Pro motherboard is also bundled with powerful software including the APP Center which allows the user to manage all GIGABYTE apps in a unified interface and offers a 14 day subscription of WTFAST GPN to provide up to 60% increased network speeds. Also included is a years subscription of XSplit Gamecaster + Broadcaster, which allows gamers to stream awesome gameplay.

There are currently 760 user(s) online:
Google