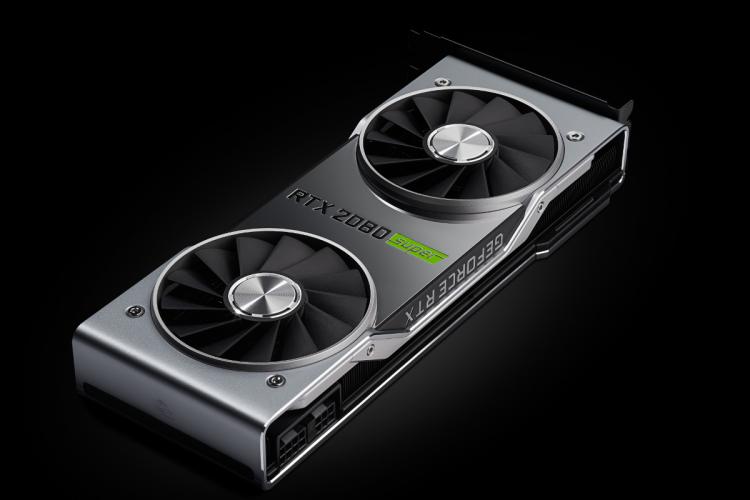 November 29th 2019 - Jon Peddie Research - The add-in board market increased in Q3'19 by 42% from last quarter, with over $2.8 billion dollars of AIBs shipped. Nvidia increased its market share to 73% in Q3. The last fiscal quarter was transitional for Nvidia as older products made their way through the channel allowing the company to ramp up production and ship more new products at the end of the quarter. Nvidia not only boosted their market share but they raised the overall AIB market. Their channel inventory is now reported as healthy says the company. Nvidia's RTX line is doing well and represents 66% of its gaming revenue.

Add-in boards (AIBs) using discrete GPUs are found in desktop PCs, workstations, servers, rendering and mining farms, and other devices such as scientific instruments. They are sold directly to customers as aftermarket products or are factory installed by OEMs. In all cases, AIBs represent the higher end of the graphics industry with their discrete chips and dedicated, often large, high-speed memory. Systems with integrated GPUs in CPUs share slower system memory.

The PC AIB market now has just two chip (GPU) suppliers which also build and sell AIBs. The primary suppliers of GPUs are AMD and Nvidia. There are 54 AIB suppliers. They are the AIB OEM customers of the two major GPU suppliers, which they call partners. Some of the AIB suppliers offer AMD and Nvidia-based products, and others offer only one or the other.

In addition to privately branded AIBs offered worldwide, about a dozen PC suppliers offer AIBs as part of a system, and/or as an option, and some offer AIBs as separate aftermarket products. We have been tracking quarterly AIB shipments since 1987the volume of those boards peaked in 1999, reaching 114 million units when every PC had a graphics AIB in them. This quarter 10.5 million AIBs shipped. 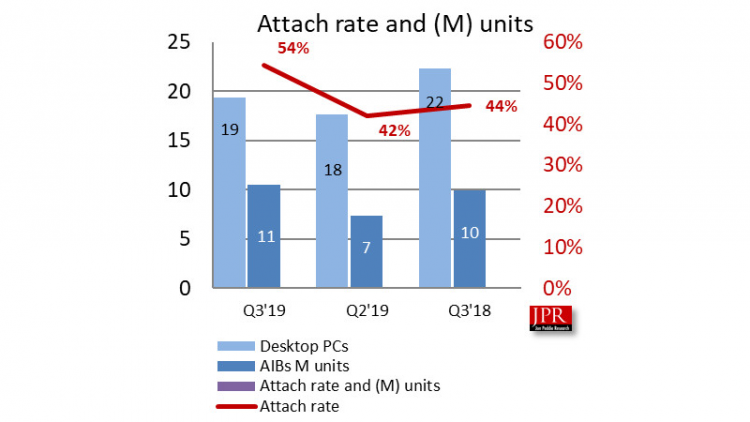 On a year-to-year basis, we found that total AIB shipments during the quarter rose 6.2%, which is greater than desktop PCs, which fell -15.9% from the same quarter a year ago. Overall, AIBs shipments had been declining slightly, but not as great as the PC due to gaming. However, in 2015 when the use of AIB for cryptocurrency mining became widespread, AIB sales started to rise while PC sales fell.

Despite the overall PC churn, somewhat due to tablets and embedded graphics, the PC gaming momentum continues to build and is the bright spot in the AIB market. The impact and influence of eSports has also contributed to market growth and has attracted new users. VR continues to be interesting but is not having a measurable influence on the AIB market.