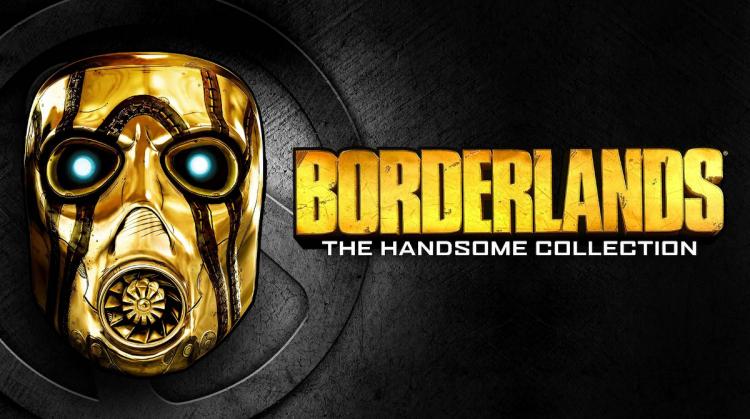 Borderlands 2 was released in 2012 as the first sequel in Gearbox's breakout franchise. The game blended FPS action and RPG elements, complete with levelling system and branching skill tree, but its major claim to fame was the huge variation in weapons available as randomised drops. Four character classes at launch (and two added later down the road) offered different play styles as routes to success, while the story was primarily driven by the year's defining antagonist: Handsome Jack. 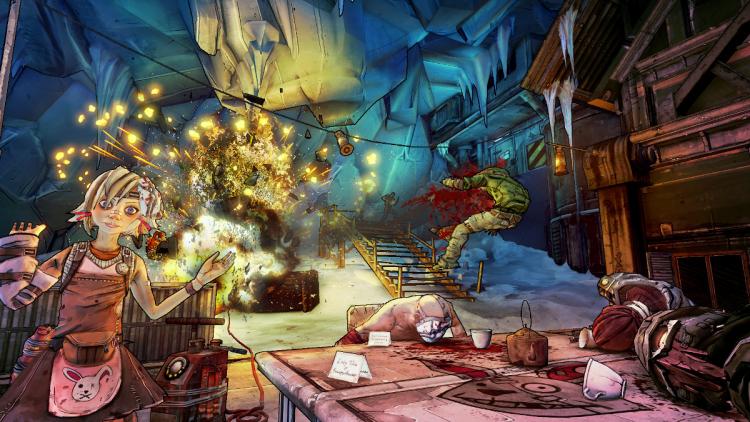 The game took a more darkly comic turn than its predecessor, including a frat-boy humour that it's fair to say was an acquired taste. One of its most redeeming qualities was the ability to play through and enjoy the campaign with three others in an online co-op mode, where skills and weapons synergised to far greater effect than when playing alone. Once concluded, the game can be played through again in NG+ and level cap modes, allowing further progression of your character and unlocking more powerful item rewards.

DLC for Borderlands 2 was extensive. The base game was later augmented with three major add-on storylines (the best of which was Tiny Tina's Assault on Dragon Keep), copious character skin packs and minor gameplay scenarios. Two character classes - the Psycho and Mechromancer - were post-launch releases that once again broadened gameplay potential. Everything cited here is free in The Handsome Collection. 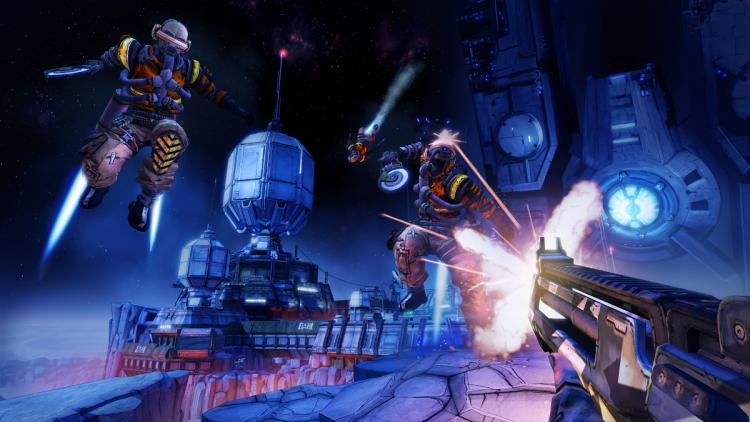 Borderlands: The Pre-Sequel was released in 2014 but is set prior to the events of Borderlands 2. Four playable characters, including series mascot Claptrap, fight alongside Jack as they play witnesses to his fall from grace. The game adds context to the wider Borderlands universe, as well as delving deeper into the past of the man who was so feared in the sequel.

The storyline is even darker than Borderlands 2, and the gameplay only departs a little by adding low-gravity sections and oxygen dependency, so the core of the franchise remains essentially unchanged. The Handsome Collection bundles in five major chunks of DLC which add two new character classes and expands the character level cap for added re-playability.

Neither Borderlands 2 nor the Pre-Sequel were particularly taxing on contemporary hardware. In fact, Borderlands 2 in particular was an excellent PC port, with a multitude of settings and platform-specific features that included NVIDIA PhysX (itself a relative rarity at the time). Even marginal modern hardware should be ample to maintain a consistent 60fps during gameplay, and today's mid-range systems should easily exceed that. Essentially: don't sleep on this offer just because you're worried that your PC might not be up to the task.

Your copy of Borderlands: The Handsome Collection is available here at no cost if you have an EGS account, and 2FA is no longer required prior to claiming the bundle (but you should still set it up on your EGS account). The promotion ends at 4pm BST on Thursday June 4th, at which time a new game will be available for free.

As a reminder, the Epic Mega Sale is still on at the store, with games as much as 75% off and even more savings to be had. 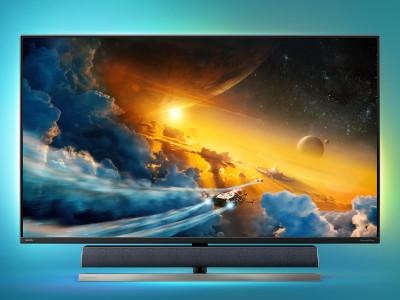