HIS are a long standing maker of ATI/AMD Radeon graphics cards and their IceQ line has been their flagship model for a little while now. As the market has spread and the larger companies, namely ASUS, GIGABYTE and MSI, have stepped up their efforts in the graphics card market, the market has matured and developed. We now see a lot of dual fan custom coolers and the UV reactive IceQ cooler design started to look a little dated. It has now been revealed that HIS have not been idle and have been preparing the next generation of IceQ X² graphics cards, the first of which will be the Radeon HD 7970 IceQ X².

Featuring dual 112mm fans, 3x 6mm heatpipes and 2x 8mm heatpipes it not only looks awesome, it should deliver a high performance cooling solution which claims to be 17°C cooler than the reference cooler, and 15dB quieter. The custom PCB has a 6 dynamic phase control power delivery and solid state caps and chokes. 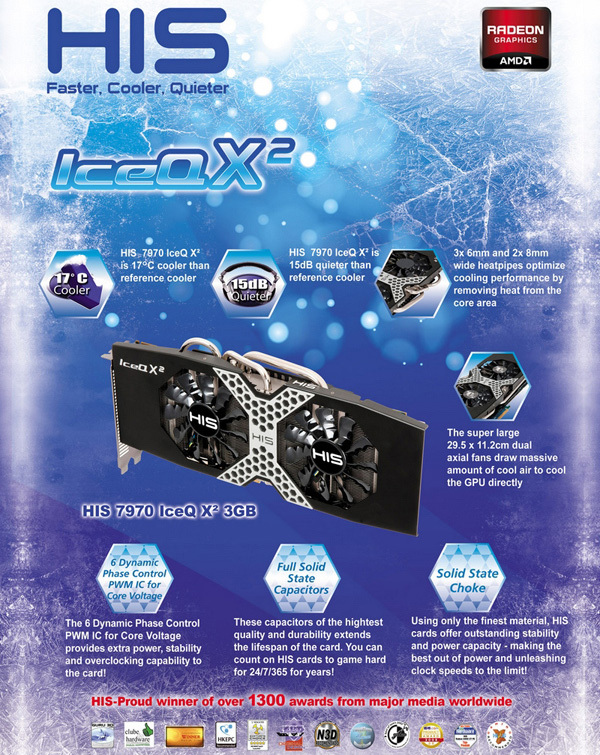 There are currently 869 user(s) online:
Google