HIS Launch Their Fastest IceQ Graphics Cards To Date 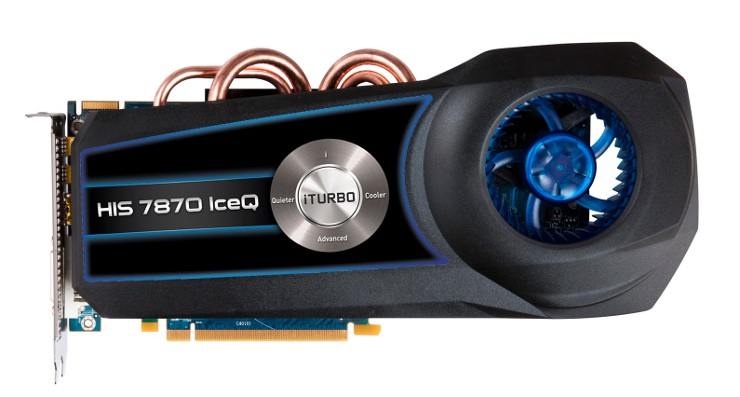 London 19th March, Hightech Information System (HIS) has launched the worlds fastest IceQ branded cards yet, which will be cooler and quieter than reference cards.

HIS Turbo X option will offer gamers the worlds fastest GPU card for the best over-clocking potential with a 1100 MHz/ 5000 MHz core clock and memory clock respectively, using the iTurbo software. It also has better OC capability and a longer life span than its rivals.

In addition, the award-winning IceQ Cooler will also be available in the worlds fastest single GPU card, HIS 7970 IceQ X2 3GB.

The super large 29.5 x 11.2cm dual axial fans means the card is up to 19°C cooler than normal and has a lifespan of up to 50,000 hours. It is also one of the quietest coolers, running at below 28Db when a user is streaming entertainment or working online.

All of the cards offer users an immersive experience with AMD Eyefinity 2.0 and are equipped with full Microsoft DirectX® 11.1 support and AMD HD3D technology, enabling gamers to enjoy life-like graphics.

With full HD 1080p support, the cards deliver high quality 1920x1080 graphics, enabling seamless full-screen video playback and are an ideal solution for those who rely on having several applications visible simultaneously for extra productivity.

HIS cards are engineered with the highest standard of safety, preventing them experiencing any potential damages. Solid State Choke stabilises the card and Full Solid State Capacitors enhances the cards stability in critical gaming solutions.

Assigned tags:
HIS, AMD, 7870, 7970
Please share your thoughts by commenting below!