HIS today launched its MAC-ximization Facebook competition for Mac enthusiasts to win one of five awesome prize bundles. If you are a Mac enthusiast and multitasking is second nature to you then please read on. 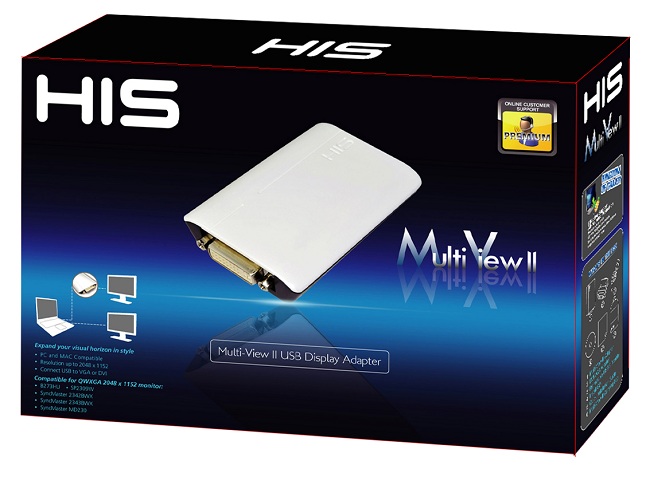 Imagine surfing the web, working on a presentation, checking your emails and never missing out on whats trending in your Twitter Feed, all at once, without the need to flip between windows on your MAC? With the HIS Multi-View II, a multiple-monitor setup to maximizing the desktop means that multi tasking has never been easier.

To enroll in the competition, entrants simply need to upload a photo of their MAC in the most creative possible way and post it on this Event Wall. The 5 most remarkable photos will win the "MAC-ximization" prize, which includes:

There are no limitations regarding your creativity:

Extend your MACs screen with real objects, show us your funkiest wallpaper or screen capture, or decorate your MAC with funky Mickey Mouse Ears. You are the master of your MACs look!

HIS Mini DisplayPort to HDMI Adapter

1. One photo for each participant.
2. Posting more than one photo will be disqualified.
3. HIS reserves the right to modify or cancel this promotion without prior notice.
4. The prize does not include the HIS warranty service.
5. Approved models:
MacBook Air
MacBook Pro
Mac mini
iMac
Mac Pro