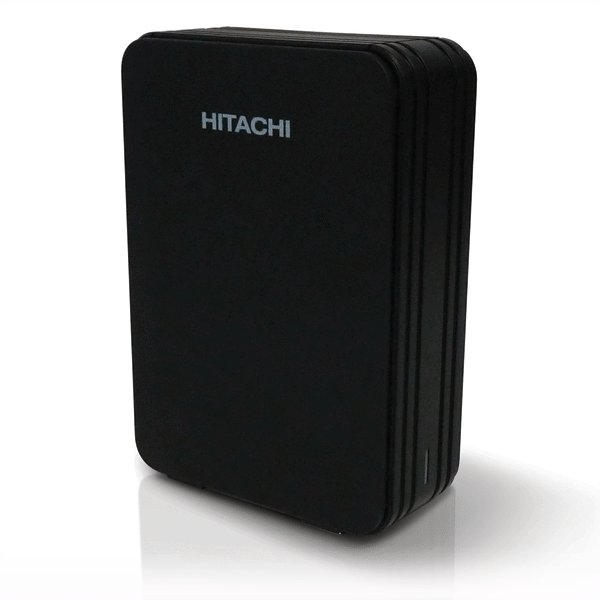 The Deskstar 5k4000 will feature 32MB cache and likely spin at ~5k RPM, so it probably won't be breaking any speed records; on the other hand it also boasts 28% lower idle power than the 7,200RPM Deskstar 7k3000 and very low idle noise. Retail kits include mounting screws and software to allow addressing the whole 4TB capacity as a single massive drive in Windows, Apple OS X and Linux systems. It should be noted that this software will not allow 32bit Windows systems to utilise the drive as a boot drive due to the usual 2.2TB limit, it will only allow you to access the whole drive as a contiguous 4TB. The unit will have a suggested retail price of $399.99, however it is unknown if the current HDD shortage will have an impact on this pricing.

The 4TB Touro External Desk adds to Hitachi's range of Touro external drives which previously came in 1-3TB flavours, coupling a Deskstar 5k4000 drive with sleek enclosure. Like other drives in the Touro family it will likely come with USB3 connectivity and a dedicated power adapter, as well as 3GB of cloud storage from HitachiBackup.com. The SRP for the 4TB Touru External Desk is $419.99, though again worldwide storage supply issues may impact on the retail pricing.

Retail shipments of the The Deskstar 5k4000 should begin in Q1 2012, whilst 4TB Touro should be on the shelves as early as January.