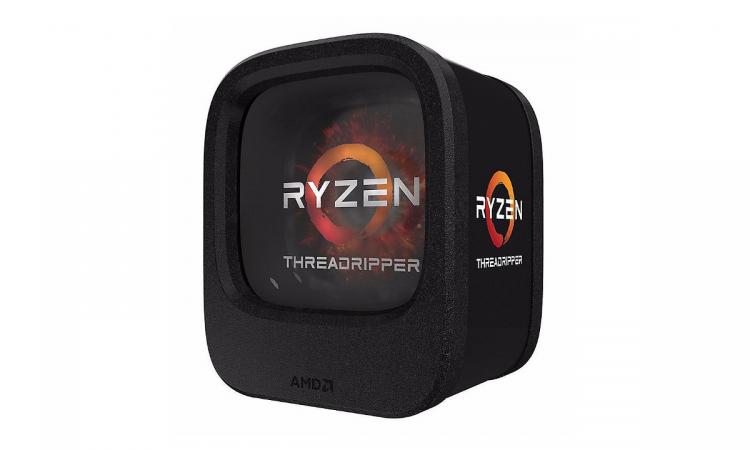 This summer is shaping up to be a busy one for new CPU releases, and as evidence CPU overclocking result repository HWBOT have just updated their databases to include three as yet unreleased AMD Ryzen Threadripper CPUs. While not necessarily indicating that any or all are imminent, it is yet another solid step along the path to their eagerly awaited launch.

Already present in the system were the three SKUs that made up Threadripper's first series: the 1900X, 1920X and 1950X. They ranged from 8 to 16-cores with two active Zepplin dies per CPU, specific cores being disabled on the 1900X and 1920X to balance the active cores evenly between the dies. Each had an official TDP of 180W, which itself is quite pertinent.

The three new CPUs are the Ryzen Threadripper 2900X, 2950X and 2990X, of which only the 2990X is widely known about. That CPU is of course AMD's 32-core juggernaut, based on the refreshed 12nm Zen+ 'Pinnacle Ridge' architecture which is utilised in Ryzen 2000-series CPUs. As well as 32-cores, the 2990X will feature quad-channel memory and be unlocked for overclocking. Its TDP is a quite understandable 250W, necessitating both substantial cooling and a motherboard with extremely robust power delivery.

The 2950X has been listed by HWBOT as a 24-core CPU, bridging the yawning gap between the 2990X and 16-core 1950X. In terms of TDP it matches the first generation Threadripper at 180W, speaking to the power efficiency savings made in the architectural refresh. A core frequency of 3500MHz is just 100MHz higher than the 2990X, although that may be entirely academic if AMD's XFR boosting feature is as robust as that seen on Ryzen 2.

Meanwhile, the 2900X is a curious one. While it matches the Threadripper 1950X's 16 cores, it does so with a TDP of just 125W. The CPU core frequencies are also reduced, down to 3100MHz from 3400MHz. It could be that AMD are attempting to create a more power-efficient chip, or are just hoping not to cannibalise stock of the 1950X already in the channel. Either way, a casual glance makes it an odd addition to the lineup.

The lack of new 8 and 12-core models probably indicates that Threadripper 1 will not be leaving markets in the short term, and may present more affordable entry-points into AMD's HEDT platform. In the fullness of time mainstream Ryzen moving to a 12 or 16-core flagship (with the advent of Ryzen on 7nm) will likely see 8 and 12-core HEDT chips being phased out entirely.

Late last month a German etailer priced pre-orders of the Threadripper 2990X at ~1500. Currently concrete pricing information for these CPUs is hard to come by; suffice it to say that these are by no means cheap mainstream parts.