Earlier this week HyperX launched the Pulsefire Surge RGB gaming mouse, a new design that differs substantially from their Pulsefire FPS model and incorporates RGB LED lighting throughout. Unfortunately some design oversights only become clear when the products are in the hands of end-users, and such appears to be the case with the Pulsefire Surge.

Just three days after launch HyperX have issued a product alert for the Pulsefire Surge RGB. Apparently post-release feedback from their gaming community indicated that the inner edges of left and right buttons could potentially overlap, especially when using claw-style hand grips. Needless to say, that's a genuine problem for a gaming mouse that's intended to be suitable for users of all stripes in any situation. 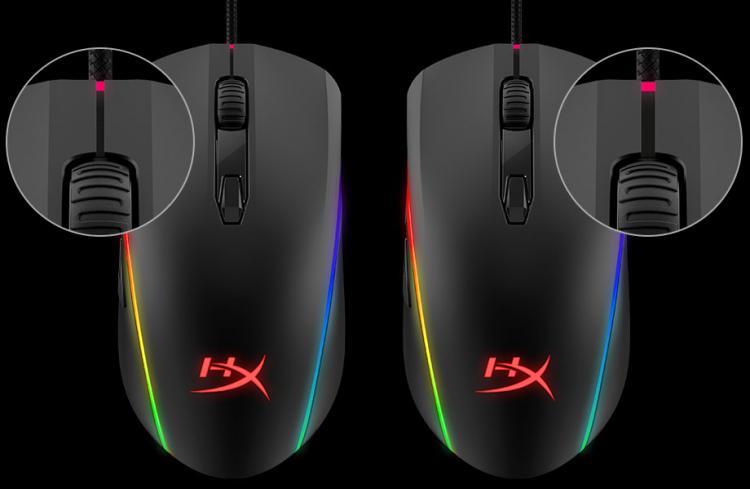 All credit to the manufacturers however. Having identified the problem, HyperX are suspending sales of the mouse pending a design fix that widens the space between left and right mouse buttons. They anticipate that implementing the fix (including a new round of QA etc.) will take between 6 and 8 weeks, at which time the revised product will be released to consumers.

In the meantime, only a small number of mice have made it into the hands of consumers in the few days since launch. Users who have an affected mouse (identified as having a lot code of 0841711001 to 0841802005) and experience the issue can contact HyperX for a replacement.