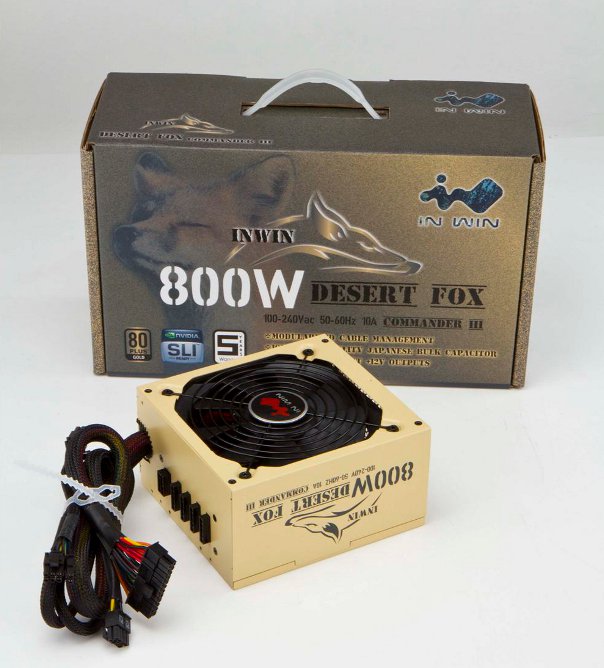 The military design for enthusiast PC gamers has evolved into its new 'Desert Fox' style, which aims to further evolve the appeal and success of the Commander series PSU. The new Commander III is 100% proudly designed and built by In Win in-house, with industry leading power topologies and quality control.

The 80Plus Gold efficiency rating is an independent industry certification; and its extensive 5 year warranty is backed by premium components such as its 105ºC Japanese Bulk Capacitors and 3oz copper PCB. Together these show In Win's absolute commitment to quality and reliability.

With four, independent 12V power rails, its modularlized cable management system supports both NVIDIA SLI and AMD CrossFireX configurations up to the very latest 28nm generation graphics cards and beyond. The large, single 135mm dual-ball bearing fan is not only highly reliable but extremely efficient in its noise to cooling ratio too. The combination of ultra-high efficiency and direct, large area cooling means the fan can run truly silently and still keep the internal hardware cool.

In addition to its gaming credentials, the Commander III strictly adheres to the latest ATX 12V 2.31/EPS 12V 2.92 specifications and also ErP Lot 6 compliance while offering an MTBF of over 120k hours, making it suitable for the 24/7 demands of multi-core and multi-socket servers and workstations as well. 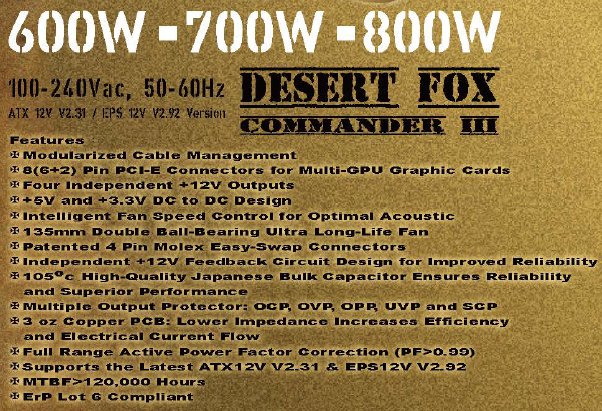