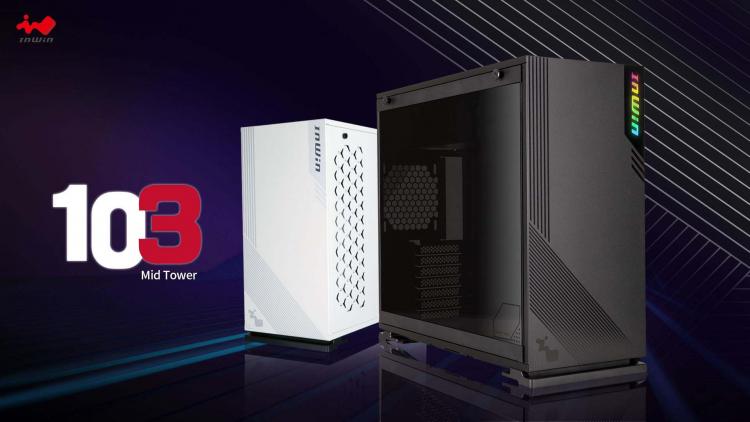 In Win presents its newest enthusiast chassis with addressable RGB lighting and the compact mid-tower form factor  the In Win 103. The In Win 103 features stripe prints with a drop-down design creating a cool eSports styling on the case exterior. The In Win logo in front of the chassis offers an addressable LED lighting experience which can be synchronized with any of the popular motherboard-based RGB lighting control software. Its side panel is a tempered glass panel with a quick-release mechanism. The In Win 103 also has high compatibility with liquid cooling hardware supporting up to a 360mm radiator even with its compact size and layout. 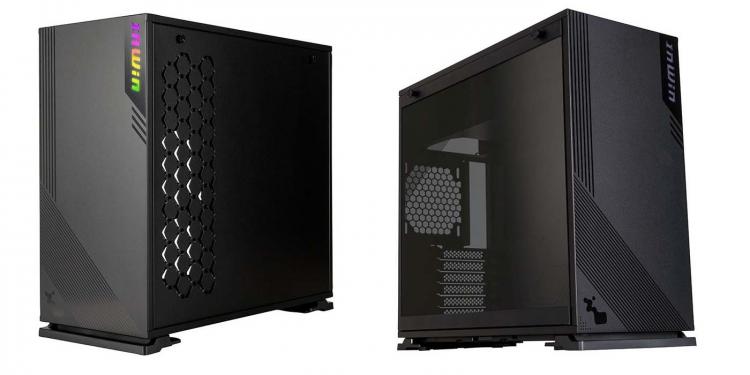 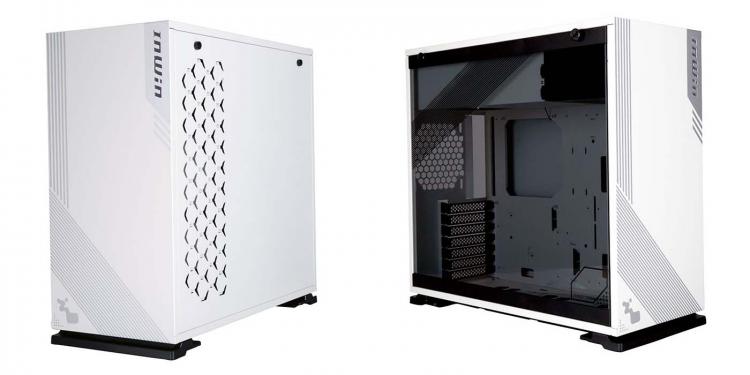 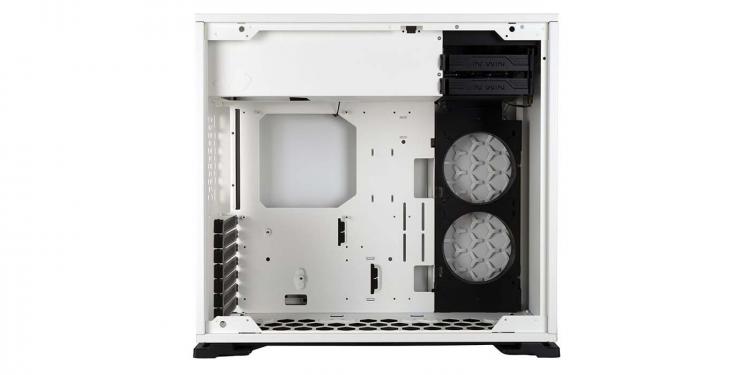 The In Win 103s logo comes with an addressable LED lighting which can be controlled by motherboard-based RGB lighting software such as ASUS Aura Sync and MSI Mystic Light.

The In Win 103 is a compact high-performance chassis at a mid-tower form-factor but supports a custom liquid cooling setups with up to 360mm radiators.

The In Win 103 comes in black and white colour variants. No information on pricing and availability as of this writing. The In Win 103 appears to be listed in the Chinese version of the In Win website.