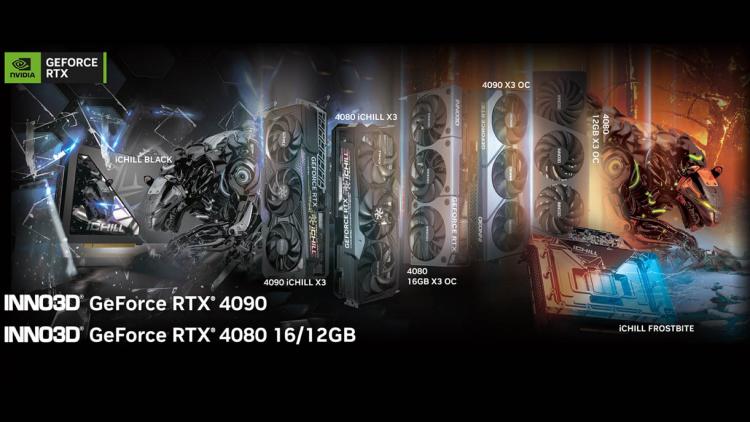 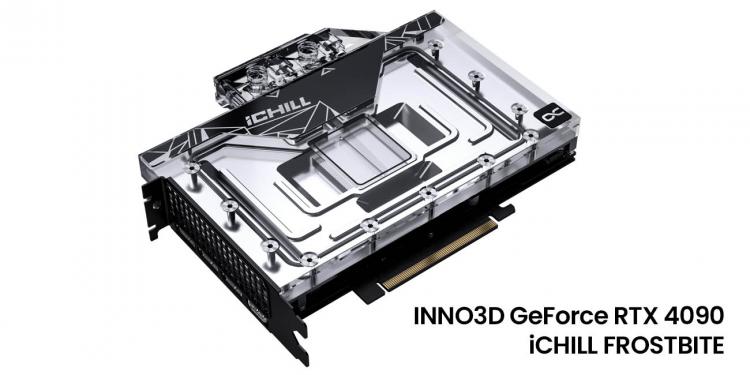 With extreme power comes extreme cooling so weve paired the INNO3D GeForce RTX 4090 with our iCHILL Frostbite, our flagship model to bring you the ultimate performance. The design of the cooler allowed the components to be closer by reducing the thickness of the thermal pads. By using software to simulate how the water flowed, it allowed better more efficient design which also incorporates digital aRGB LEDs to give not only functional but cosmetic improvements to the Frostbite. As with the previous version Frostbite uses copper in its water coolers that are nickel-plated which increased the acid resistance and stops the nickel plating from peeling off. To finish off the design, the Frostbite features patented sealing screws that are flush with the surface of the terminal, and the cover in the Frostbite design is embedded in the acrylic block. 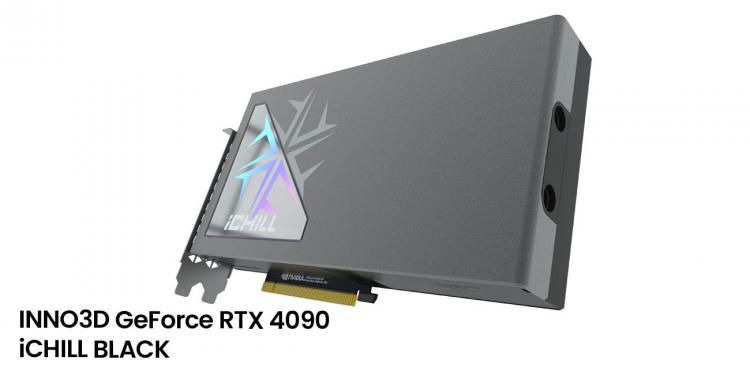 The new INNO3D GeForce RTX 4090 and INNO3D RTX 4080 16GB iCHILL BLACK are built with a hybrid cooling solution that gives you silent airflow with high-performance water-cooling. The new iCHILL Black fashions a cleaner look with straight lines and edges while providing cooling performance with its updated AIO and radiator design.

Even the fan blades have been designed so that INNO3D fans can enjoy extreme gaming with guaranteed efficient cooling with focused airflow and thus a high static pressure even with increased air resistance. A lot of new technology has been crammed into this neat clean block of a cooler. 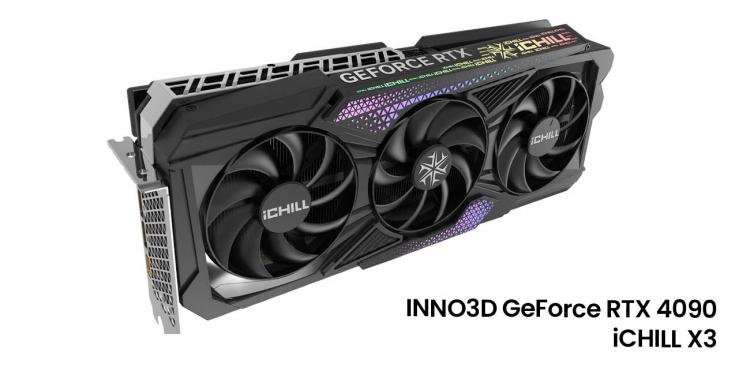 The iCHILL X3s first impression is the RGB design elements that have been placed at different parts of the cooler using even more radical designs than previous versions. Using a unique logo repeating pattern combined with a type of hexo-triangular pattern, the card looks like it wants to dance and bring the party to the rest of the models. It comes with RGB with support for ASUS Aura Sync, MSI Mystic Light, ASRock Polychrome SYNC, and GIGABYTE RGB Fusion so its compatible with most motherboard LED lighting software control.

Huge triple 98mm scythe blades are present to maximize airflow and is optimized to operate in low fan speed condition that is helped with a large vapour chamber to improve thermal conductivity. The heatsink design also protects the PCB from bending with its die-casting metal base. The technology beneath this lies 9 heat pipes that has a total length of 2704mm and a surface area of 905637mm² for the RTX 4090. Standard with all our high-end graphics cards will come with a functionally engineered backplate to release hot air with its vents when required under extreme loading. 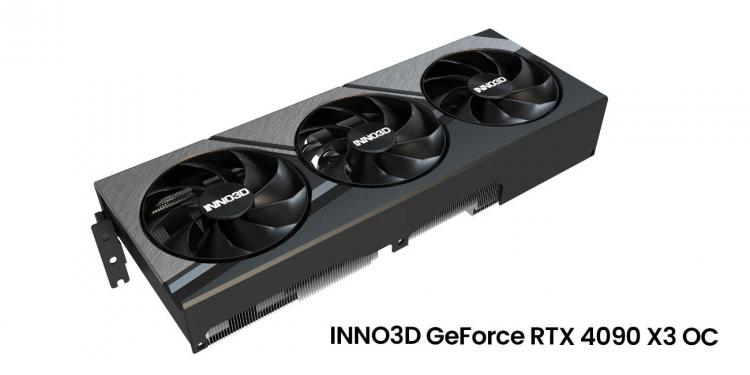 We presented the design for the INNO3D GeForce RTX 3090 Ti XC/OC with great success and extended this to the new RTX 40 Series with subtle but significant design upgrades that equate to this beast of a graphics card. This really needed to look at the part considering the power of the RTX 4090. The RTX 4090 has a mammoth length of 336mm and 145mm height and takes over 3 slots, only a triple 98mm scythe fan blades are up to the job of keeping this card cool, this is achieved with its huge vapour chamber and die casting metal base heatsink design comprising of 9 heat pipes for controlled cooling at optimal levels.

The X3/OC provides maximum performance for the most hardcore gamers with its factory overclocking thats ready for battle straight out of the box. Every single design detail has been implemented so that it has the best hot air extraction and release technology including the backplate with openings. For card operation stability the X3/OC has anticlockwise fan rotation for the outer fans while the central fan spins clockwise to counter turbulence under extreme gaming conditions.