The specifications for the next-generation mainstream Intel Core processors codenamed Comet Lake-S desktop processors have been leaked online and shared via Twitter by @momomo_us. Leaked specifications show the next-generation of unlocked K-series processors will be sporting a 125W Thermal Design Power (TDP), higher than the current 9th generation Intel Core i9-9900Ks TDP at 95W only. The Comet Lake-S SKU Plan reveals three enthusiast-grade chips, an i5, i7, and i9, all of which come with Intel vPro technology that features a large collection of hardware technologies including Hyperthreading, Turbo Boost 3.0, and others. 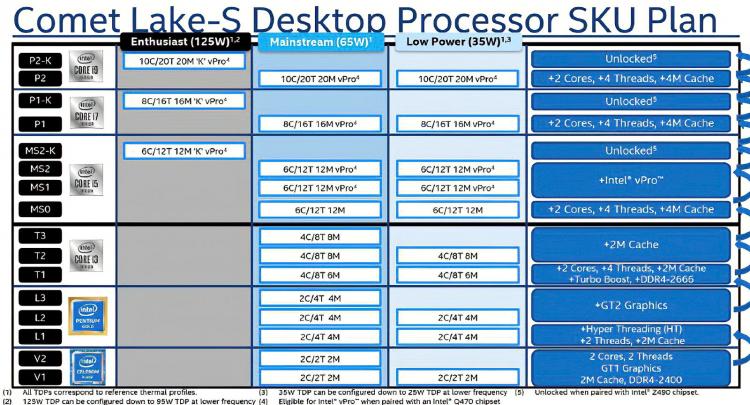 The higher TDP values of the upcoming enthusiast-grade Comet Lake-S processors suggest higher power consumption running at base frequency compared to the current-generation Intel Core processors. However, the mainstream offerings will retain a TDP rating of 65W and the low power chips at 35W TDP. 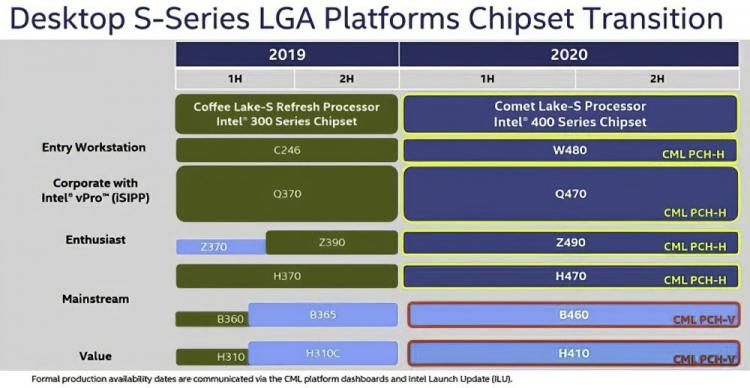 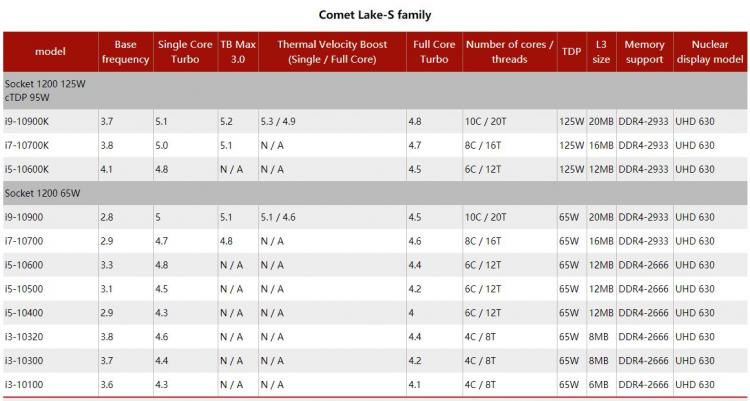