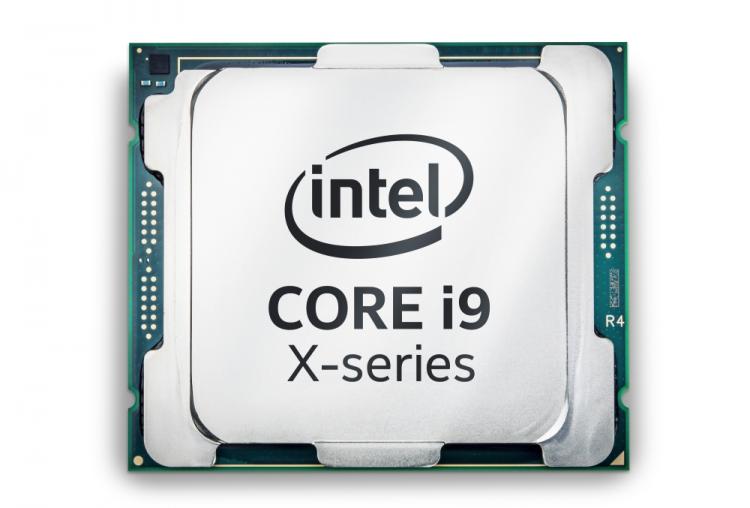 Intel are expected to launch High End Desktop (HEDT) variants of their 10th Generation Core CPUs in the near future, and as is tradition some select benchmarks just happen to be leaking ahead of the major announcement. On the 18th we reported that both the 10-core i9-10900X and 18-core i9-10980XE had appeared on Geekbench, posting scores that fared well verses AMD's 2nd Generation Threadripper. Now a third member of the range has appeared, the 12-core i9 10920X as part of a Dell Precision 5820 OEM system. 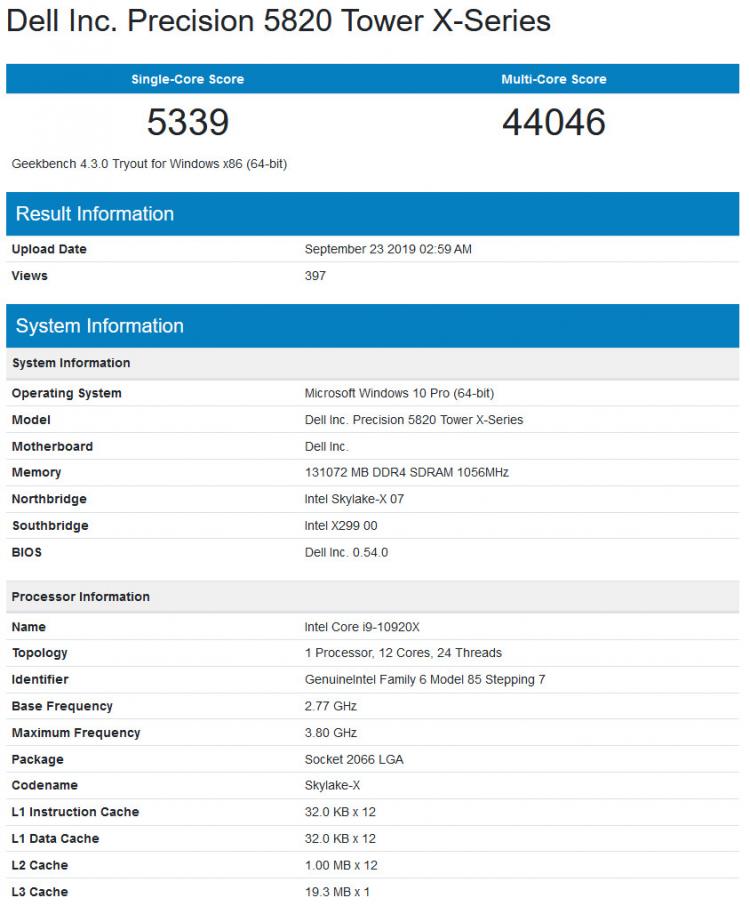 It should be mentioned that there's some reason to view this result with a little scepticism. It records this LGA2066 CPU as having a base clock of 2.80 GHz and max turbo of 3.8 GHz while supporting 24-threads via Hyperthreading, but its 9th Gen equivalent is clocked at a much more generous 3.5GHz base and 4.5GHz boost. Given that this new HEDT generation is an optimisation of Skylake-X rather than a brand new architecture, its unsurprising to learn that a CPU underclocked to this extent is roundly beaten by the scores of its predecessor.

Still, as noted by WCCFTech, even a CPU underclocked to this extent beats AMD's 2nd Generation 12-core Ryzen Threadripper. However potential disparities in price will throw a further spanner in the works when it comes to a direct comparison; the Threadripper 2920X was a $700 part, whereas Intel's 9920X debuted at an MSRP of over $1100.

AMD's follow-up 3rd Gen. Threadripper is scheduled for November, starting with SKUs up to 24-cores. An October launch for aggressively priced 10th Gen HEDT CPUs will give Intel an effectively uncontested presence in the market for a month, but surely educated prosumer market customers will hold on to see what AMD has to offer.