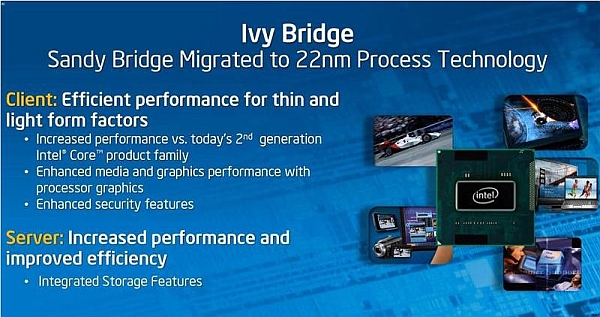 Ivy Bridge, the 22nm migration of Sandy Bridge, will be a first for many new technologies including 3D transistors or 'Tri-Gates' and is currently due to release Q1 2012. Though it would now appear that launch may slide to April or early Q2 2012 for various reasons. Sources state that the most likely would be due to PC sales or issues with the production process. As smaller fabrication technologies face new and delicate problems the extra time could also be used to iron out any other forseen issue.