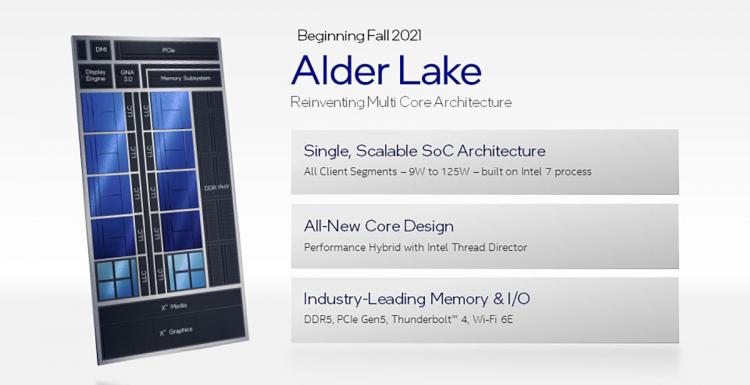 The launch date of Intel's Alder Lake-S desktop processors is swiftly approaching and, as is tradition at this point, the leaks continue to flow. Latest off the teaser production line with unknown provenance are a set of benchmark results for the flagship Core i9-12900K, an 8-core/24-thread processor that utilises the big.LITTLE hybrid topology that's new to consumer platforms; results that seem almost engineered to draw interest from the enthusiast segment. As you'll see, the results are very impressive in light of the current processor performance landscape.

Alder Lake big.LITTLE processors combine larger dual-thread cores with an equal or larger number of small single-thread processors. The performance will therefore not only be strongly driven by the IPC and clock speed of the individual cores, but also the OS scheduler's awareness of and load-balancing for the hybrid architecture. Windows 11 in particular is anticipated to be contextually aware of this design, helping to unlock its full performance.

Arriving via @9550pro on Twitter are literal photos of CPU-Z benchmark results, encompassing both single and multi-core performance that can be trivially compared to the swathe of CPUs on the market right now. The highlight is certainly that former score, but the latter shouldn't be disregarded if the processor also turns out to be a relatively affordable design. 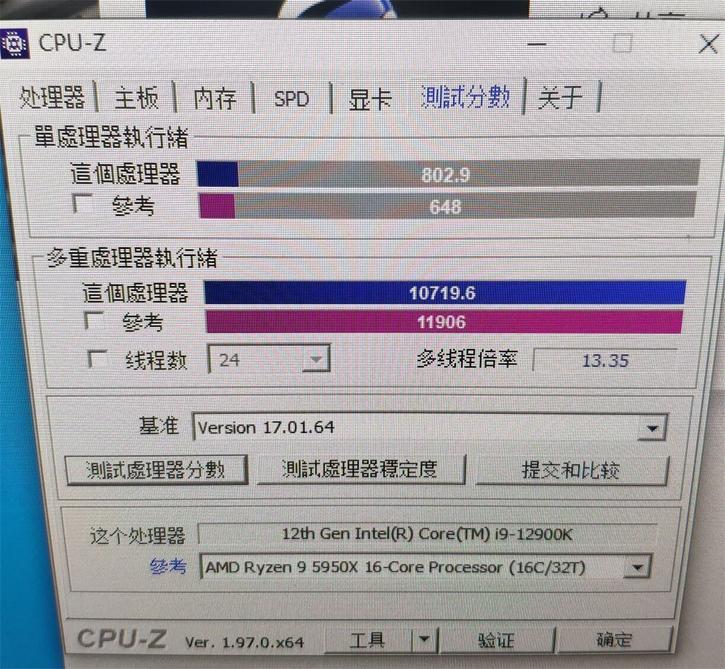 To put a single-core result of 825 into perspective we can refer to aggregate results from the CPU-Z benchmark validator. Here the current top score is 682 for Intel's own i9-11900K, a processor which is well over 100pts adrift, indicating that the big cores of the Alder Lake processor have excellent single-core performance. The Ryzen 9 5950X has an averaged single-core score of 647 for reference.

The multi-core picture is a little more blurry. A posted result of 10719 is very competitive for a 24-thread processor, outclassing the Ryzen 9 5900X on the Validated charts, but is easily eclipsed overall by the 32-thread Ryzen 9 5950X that achieves a score of 11856.

While the results look exceptionally promising to the embattled blue team, it's worth noting that the underlying operating clock speeds hasn't been revealed. It's possible that the processor has been heavily overclocked, greatly affecting its performance, and of course more underhand methods might have been employed to attain the results leaked.

As always leaks such as these should be taken with a grain of salt, but it's sure to drive more than a few eyeballs to the processor's formal unveiling that's expected next month.