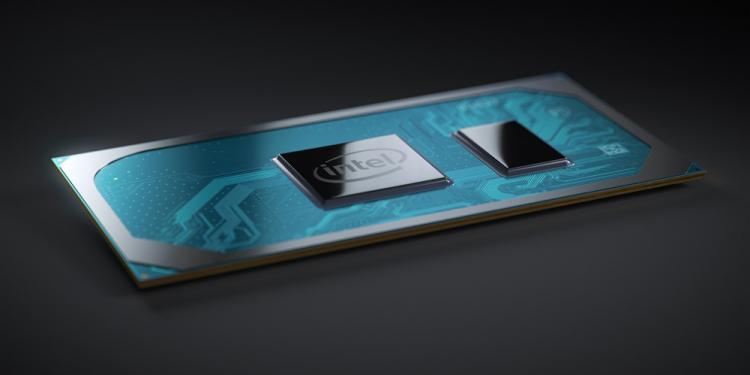 Coronavirus COVID-19 has thrown 2020's technology roadmap into extreme uncertainty, not least due to the cancellation of traditional showcase events where new products and technologies would be unveiled. The world marches on however, and despite turmoil in manufacturing centres worldwide the major players appear to be forging ahead with launch plans; case in point: Intel.

Intel are expected to announce their 10th Generation Core H-series mobile CPUs for laptops on April 2nd, and ahead of that date a slide detailing what appears to be the flagship model has leaked out over at Videocardz.com. 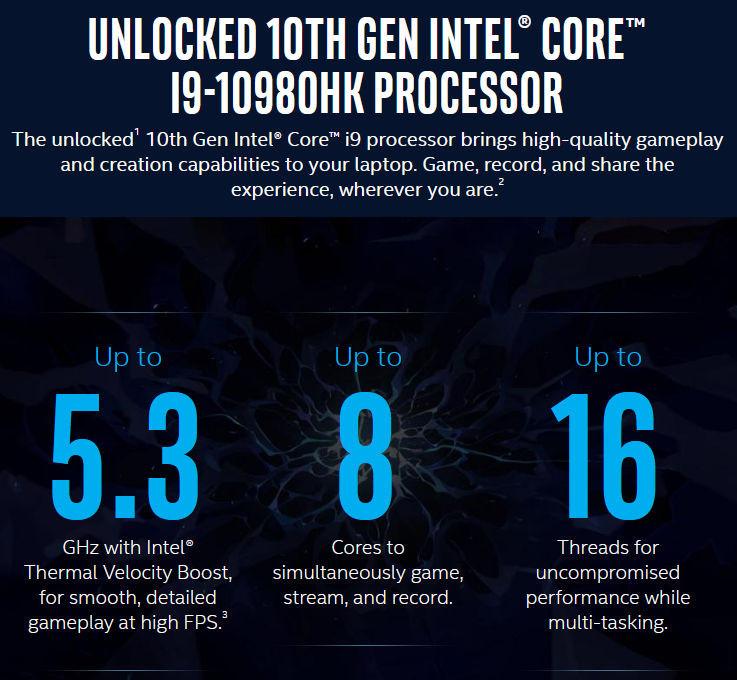 Intel's H-series CPUs are mobile designs sitting within a 45W TDP envelope, typically intended for desktop-replacement style laptops with performance close to desktop counterparts. The 9th Generation introduced an 8-core/16-thread model - the Core i9-9980HK, and it doesn't appear that the 10th Gen. will tinker with that aspect too much (at launch at least). The 10th Gen. H-series will be based on the 14nm Comet Lake architecture, but little is expected to change under the hood compared to the older 9th Gen Coffee Lake designs.

This 10th Generation will be squeezing out just a little more operating frequency from the silicon than the 9th Generation - the Core i9-10980HK will boost up to 5.3GHz, up from 5.0GHz on the i9-9980HK (based on Thermal Velocity Boost algorithms). This may be down to a more mature 14nm node, refined dynamic overclocking algorithm or improve sensor suite, but like all such features the actual real-world performance improvement will be largely determined by cooling solution and OEM-defined power budget.

Like all of Intel's CPUs with a K suffix, the Core i9-10980HK will support overclocking despite being tailored to the cooling and power limitations of a notebook. The scope of overclocking support will be tightly bound to the laptop model, but there will be a certain amount of variability between laptop SKUs equipped with the CPU.

We can also expect to see an upgraded memory controller with support for faster DDR4 memory and a few more MHz squeezed out of the graphics architecture. New features rolled out with Project Athena are also likely to be key competitive advantages versus a resurgent AMD in the mobile space. Despite this, innovations from component and OEM partners may be the biggest factors that will determine success or failure for this 10th Gen. lineup (global recession aside that is).

And of course we might also see a 10-core/20-thread late addition to the H-Series. That would certainly put the cat amongst the pigeons.

Lenovo Introduces Yoga Duet 7i and IdeaPad Duet 3i

AOC To Roll Out New P2-series Business Monitors From June