In 2008 the Intel Desktop Board D5400XS Extreme series motherboard, AKA Skulltrail, was released. Sporting 2x LGA 771 sockets able to take 2x QX9775 extreme processors, it was the enthusiast platform of its day. Now at IDF Berlin it has been sighted of what may be the Intel Skulltrail 2. The DX79SI X79 motherboard. Supporting the 6 core 12 thread Intel Sandy Bridge-E processors due to release in Q4. X79 is shaping up to be the Envy of all enthusiasts. 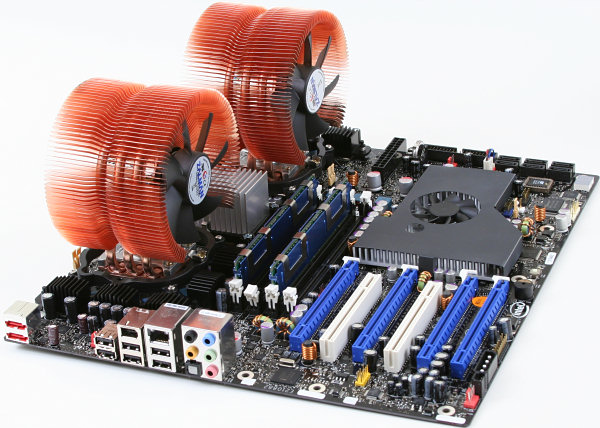 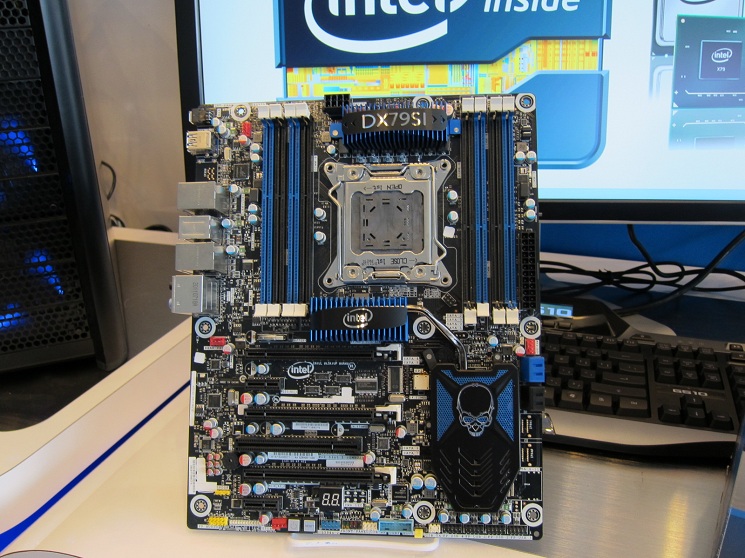 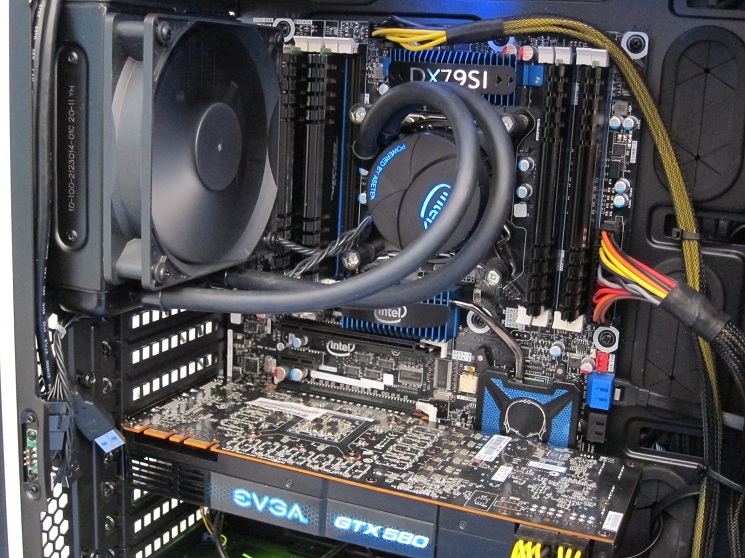 Seen running at IDF using the Intel closed loop water cooling that is optional with Sandy Bridge-E CPUs, one can only shed a tear at the technological marvel that Intel has bequeathed us. (Come on it has a Skull on it!)