This week saw Intel release their breathtaking X79 platform along with the Sandy Bridge-E CPUs. Looking ahead a year, Ivy Bridge-E based on the Intel 22nm fab will be expected to come along in Q4 2012 and with longevity, something every man strives for, becomes a key word. Making the X79 platform more appealing, Ivy Bridge-E will be compatible with LGA 2011 and X79. 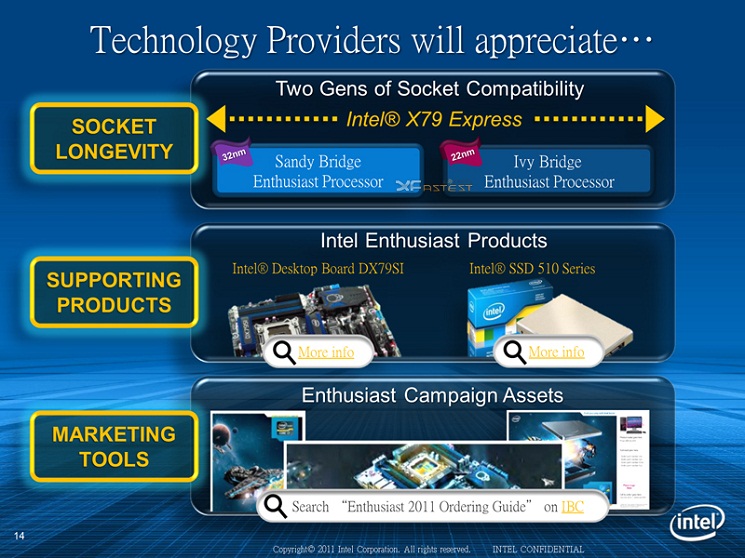 Current Sandy Bridge-E chips are actually locked 8 core CPUs with 20MB of L3 cache but it has been suggested that they have been locked due to power/heat limits but on the 22nm shrink we may see these full 8 cores or more activated and still be well within the same or less power envelope due to the 3D Tri Gate technology.