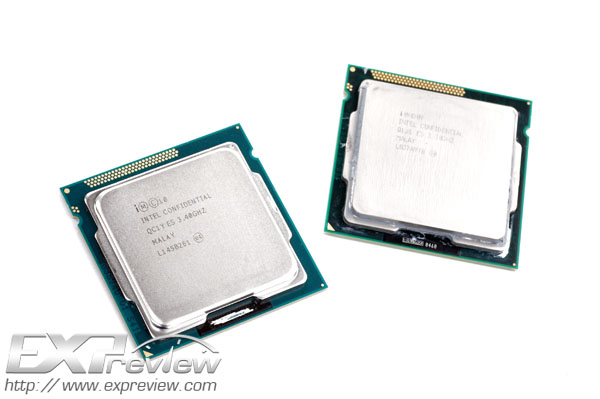 The successor to the popular i5 2500K, voted Best of 2011 by our readers, comes the 22nm 'Ivy Bridge' based i5 3570K. It features four CPU cores using the 22nm fabrication by Intel as well as the Intel HD Graphics 4000. We can expect a score of improvements and new features to come with the new Ivy Bridge CPUs, including the highly anticipated addition of the PCIe 3.0 controller, however, Intel have been keen to prove their new graphical prowess. 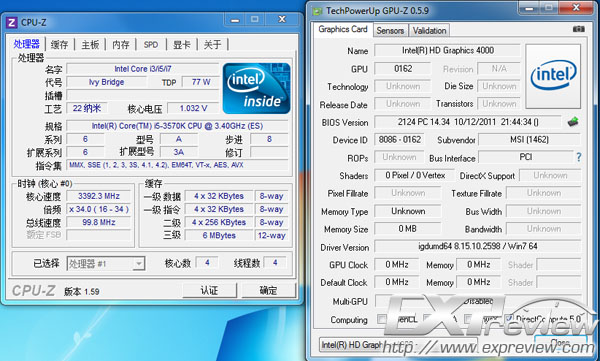 Intel have dramatically improved the integrated graphics processing unit (iGPU) part on the i5 3570K which is titled 'Intel HD Graphics 4000'. The improved iGPU packs 16 EUs which is up from the 12 EUs contained in the Intel HD Graphics 3000 featured on the i5 2500K and is expected to run around 1150MHz (no official confirmation yet). Other features of the iGPU are DX11.1, independent tri-display output, supports upto 4K resolution, OpenCL 1.1 and an improved Quick Sync engine. The i5 3570K CPU is seen to have a 77W TDP, testament that the 22nm 3D 'Tri-Gate' technology has helped increase power efficiency substantially. 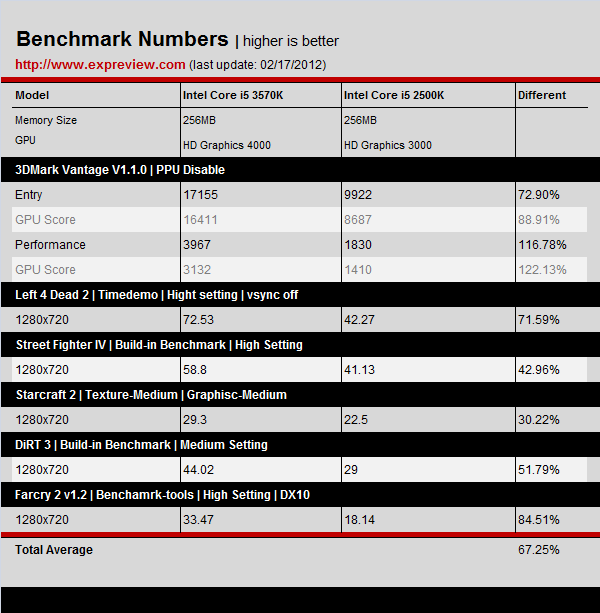 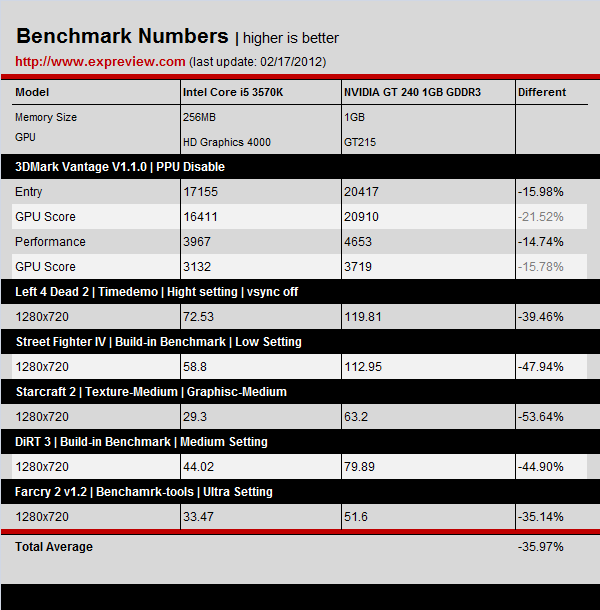 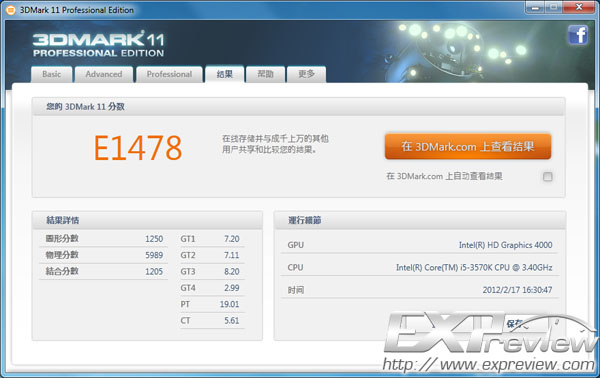 In these tests we see that the HD Graphics 4000 performed on average of 67.25% better than the current HD Graphics 3000 and is 35.97% slower than an NVIDIA GT240. Scoring 3967 points in 3DMark Vantage performance settings, and 1478 points in 3DMark 11 using the Entry level settings. The benchmark results could be slightly lifted by the performance of the Ivy Bridge CPU cores. However, these figures taken at face value would put the Intel HD Graphics 4000 in the ballpark between the A6-A8 APUs from AMD. Until the i5 3570K is released these numbers are best seen with an eye of scrutiny.