Intel are flexing their muscles and are now taking a highly competitive market very seriously after announcing that the Atom chips will go though three fabrication changes over the next three years. Saltwell to come soon on the 32nm fabrication to be followed a year later with 'Silvermont', which is an architecture change utilising Intel's 'Tri-gate'/FinFET technology on the 22nm fab and the recently announced 'Airmont' to come on future 14nm fab.

"We decided our road map is inadequate, and we needed to change the center point," said chief executive Paul Otellini 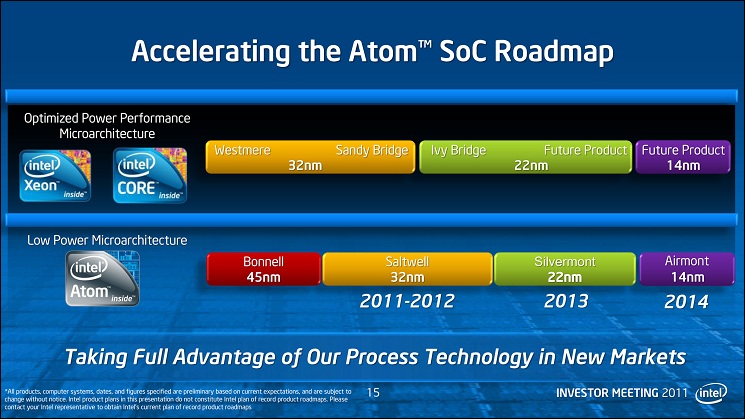 Moving design efforts to make a low power, highly efficient chip is clearly a strategic one, though is Intel's approach of rapid transistor shrinkage merely a brute force approach to make x86 architecture suitable to fulfil the needs of low power devices and gadgets of tomorrow? Regardless, it is clear that Intel are stepping up to the line with their game face on, though the competition aren't likely to be standing still.